...came into my life at the Bureau of Land Management's wild horse distribution center in Lewisberry PA, back in the late 1980s. He was originally adopted for a boyfriend of the time who had admired a similar large pony/small horse. When I went to see Talli in his private pen, I realized he wasn't the 14.2 hand horse I'd thought when I saw him in the corral full of horses...

Talli went home with me anyway. Got some aditional training. He'd been "broken in" or halter trained in a prison program which teaches certain inmates to train horses to make them more adoptable. I'd already trained Lor (who'd run wild for 8 years) from the ground up, so this was no problem, but the additional training sped things up.

Some friends, Dave and Terry, helped with the training, and got to like him.

I found another horse for the boyfriend, who became an ex-boyfriend. We kept the horse. Or rather, I gave him to Dave and Terry, which may have helped precipitate their buying the farm (a couple of slightly swampy wooded acres full of wildlife and an intermittant stream).

Talli is, far as I can determine, a classic Spanish Mustang type (note the roman head and sloping croup). He chilled in the pasture with his buddy, Daisy, after a brief career in living history. He succumbed at about 25 to tumors (grey horse syndrome). He was named from a reference in a Tony Hillerman mystery (who wrote many mysteries set in Navajo country): a yataalii (spelling varies) is a "singer" or type of Navajo medicine man/shaman. He was nearly black when we got him, and quickly greyed to white.

A tough little spirit, he'll be missed by all of us. 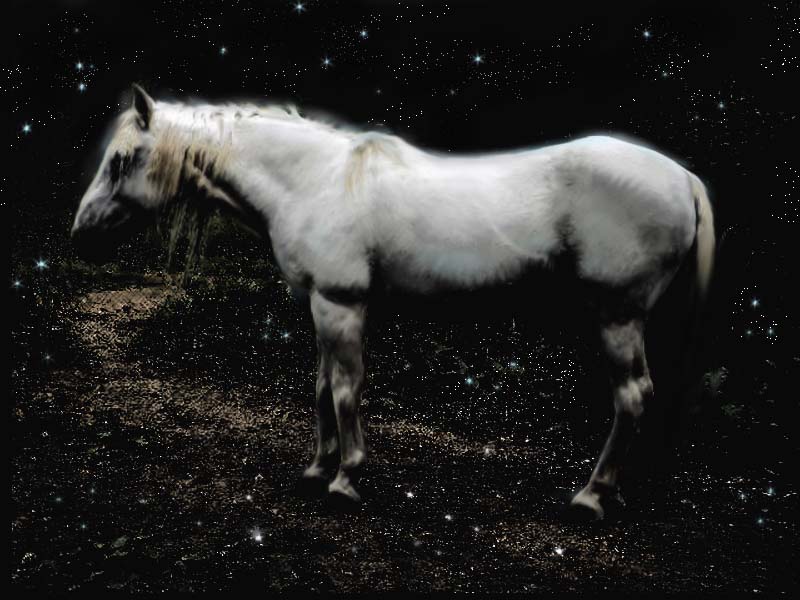 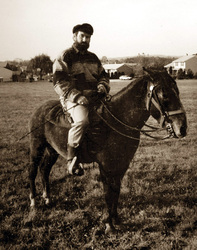 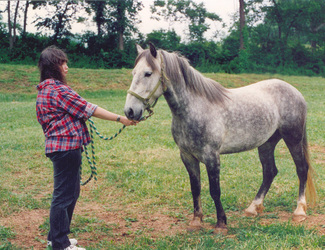 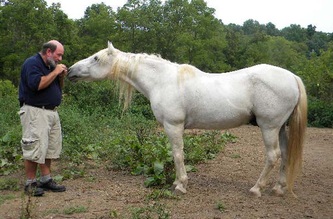 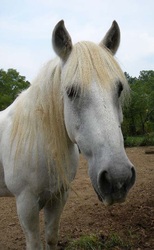 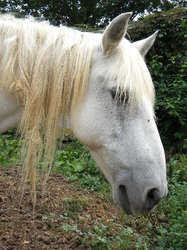 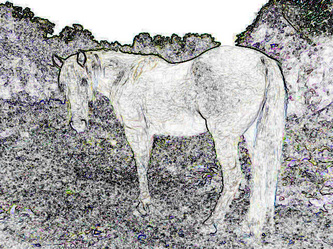 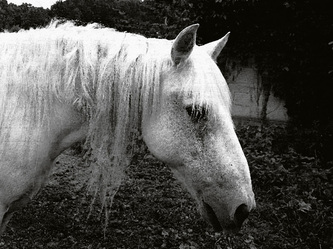 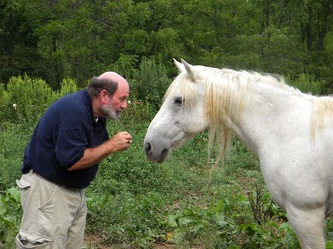 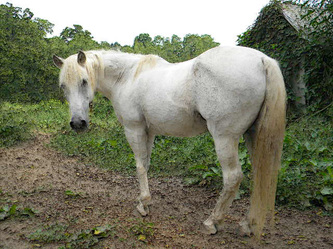 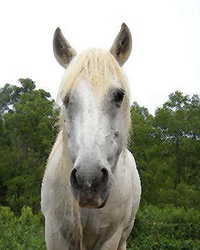 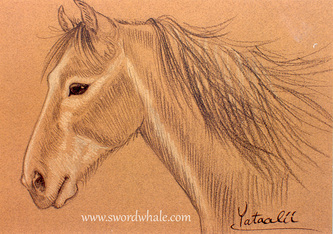 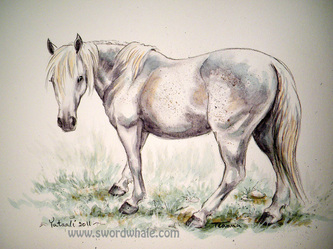