a tiny tutorial on how to photograph your ponies, mermaids, dragons or Starfleet crew

No need to leave your collectibles in a box, or let them collect dust on a shelf. GO OUTSIDE AND PLAY!

Shooting outdoor adventures with your models, whether they are Breyer horses, plush night furies, mermaids, or Starfleet crew is fun for everyone. I met one family whose kids were on a hike with the classroom mascot, a plush puppy, their job, to take a hike and photograph the puppy's adventure.

Photographing models in familiar places makes you look at that place from a new perspective... literally, often 6" from the ground. You will stop, observe more closely, appreciate tiny things you might have missed, because your character is 12" tall.

You can tell a story, create a meme, do silly captions, or just leave an intriguing photo for others to interpret.

​Mix characters for some fun...
#advenaturedata on facebook, instagram and here
You can use a cell phone and post instantly to Instagram or Facebook... but the screen is hard to see in outdoor light, it's harder to hold the phone and focus and adjust the lighting. A real camera works better.

You can shoot live (cell phone shots are challenging but immediate) or use studio shots or green screen against live shots you did outside.

The 13th Doctor and Data are live, the others are green screen shots Photoshopped into Assateague Beach backgrounds from other years.

Photoshop allows you to composite photos, edit, and modify. A graphics tablet makes it easier. But there are many ways you have play with your toys if you just have a camera.

Below: a table diorama setup in the wild allows you to photograph tiny figures against real backdrops. Tabletop setup with sand, moss and sticks and rocks... Hanover Junction on the York County Rail Trail, in autumn. Breyer Stablemates horses, 1:32 scale, about 3" tall.
Shooting in the Wild​
Green Screen and studio shoots
Above: Toothless at Eastern Neck Island MD. Toothless fits in the palm of your hand. He is one of my favorite models. I have three with different expressions, and movable heads.

Below: this is a tiny model of Moana's boat from the Disney film. Yes it floats. Yes, it is floating in the Chesapeake Bay, specifically, off the beach at Rock Hall MD.  There is nothing out there but water... down to the sea (to the left). Yes, I paid attention to which way the tide and wind were going... 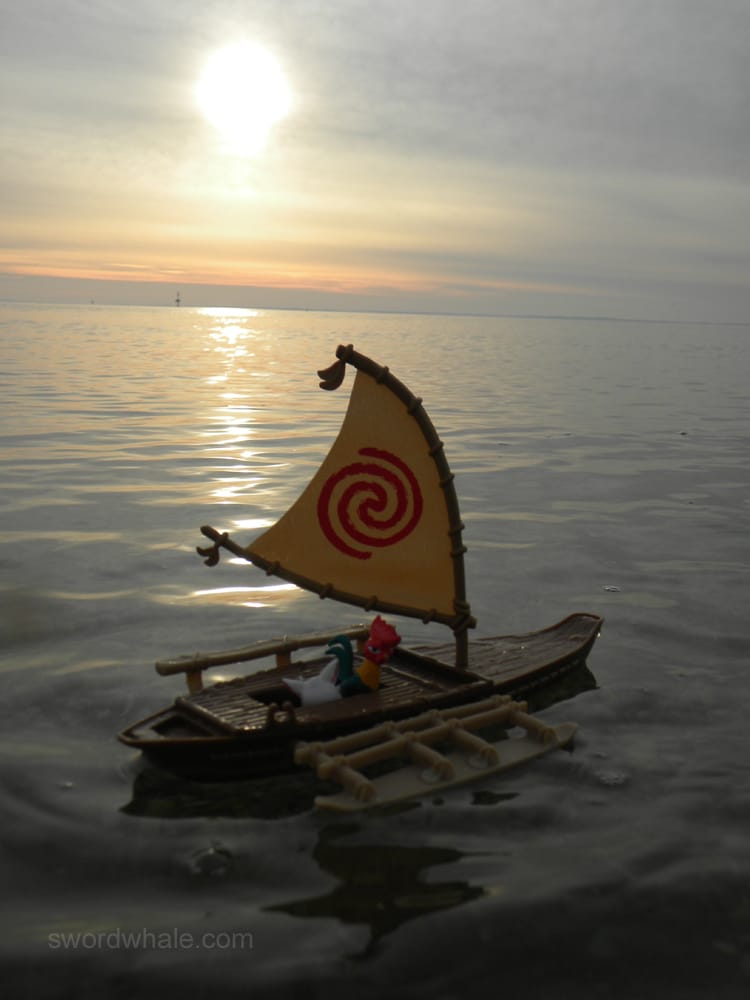