https://www.fanfiction.net/s/1710591/1/If-Wishes-Were-Elves-Even-Fangirls-Would-Dance
We've done it now! Our favorite Elves are blundering around 21st century Pennsylvania. Sweet! But we have to put them back; we've horribly changed the tales they came from. Only we don't know how...​ 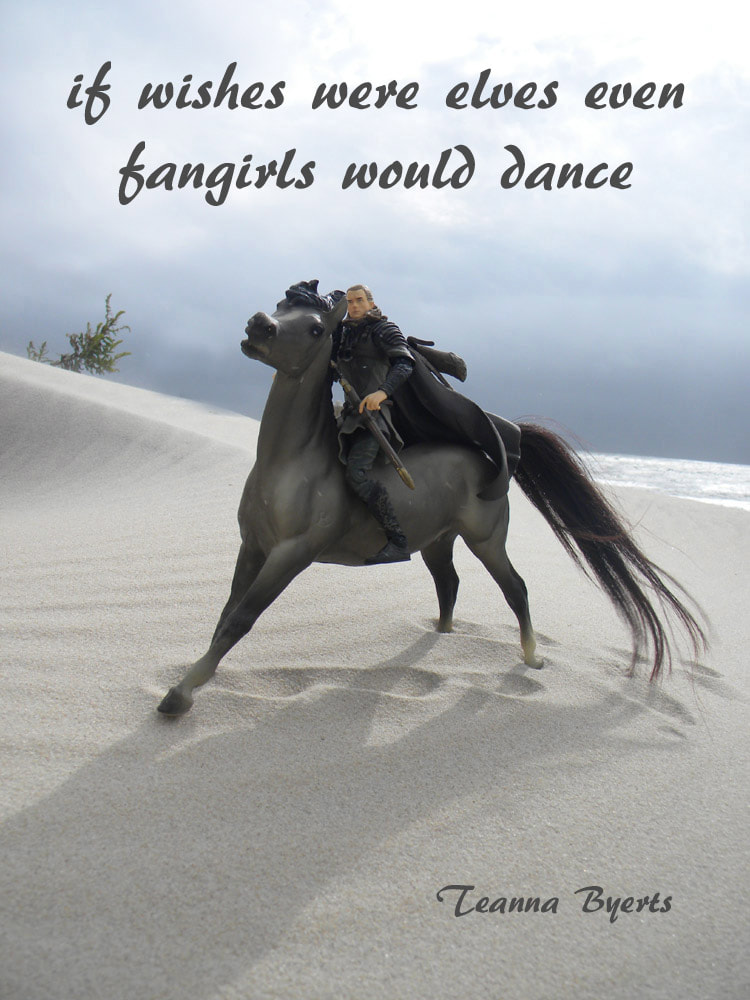 This story was originally posted on fanfiction.net (where it also still exists). It was my answer to the fangirls who suddenly discovered Legolas when Lord of the Rings became films. I had discovered the Elf in the Fellowship when Orlando Bloom was in diapers, and felt the need to set some of the fangirls straight.

And have some fun.

Like, what would happen if that great trope of fanfiction actually happened, and your favorite character(s) did fall into your world?

What would REALLY happen.

And really, you will need to put them back.

Someone loaned me a whole mess of original X-Men comics... and I added a love of the blue blond-eyed Elf to my love of the blond blue-eyed one. Nightcrawler bamfed into the tale to weird effect.

​The Inkitt version is illustrated.