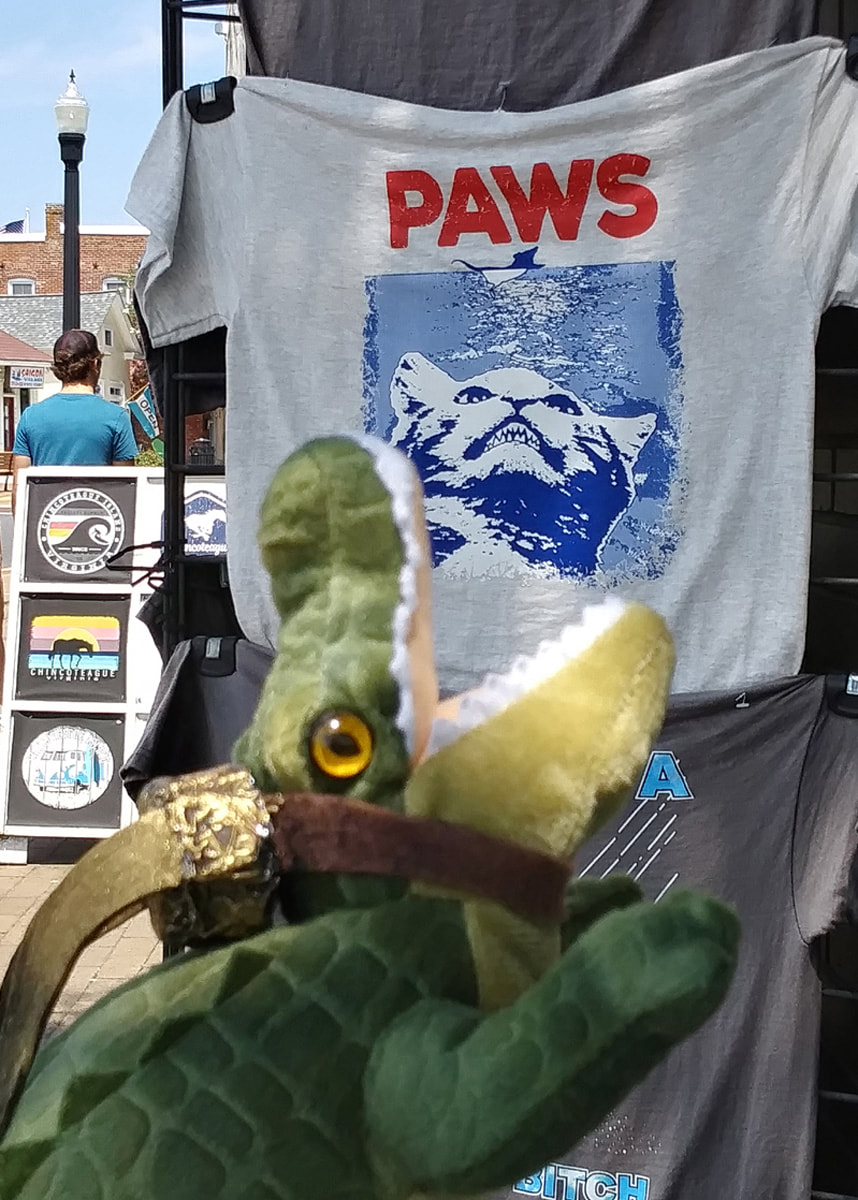 on the islands of Chincoteague and Assateague 2021

​Pony Penning after the Plague; Not precisely AFTER the Plague. The coronavirus epidemic of 2020 isn't over. Most of us are vaccinated, but some (like me, on a medication for IBD that slightly suppresses your immune system) are being super cautious. And new variants are popping up and science has yet to see how that plays out.

But if I didn't get back to my islands, I was gonna have to smite somebody... or bite a hand off, like Lokigator.

Disney+ had just finished its first season of Loki, part of the Marvel Cinematic Universe adapted to what is now "TV", streaming online services. The Norse God of Chaos and Mischief had a change of heart, a new direction, and a variant of Loki appears as an alligator in part of the series.

Oddly applicable to our times: variants. They're part of the story, woven around time and its unravelling. Variants of yourself in alternate universes, either wreaking havoc or heroics.

One of my favorite reviewers of online Marvel fare is New Rockstars on youtube, and an in depth look at episode 3 revealed that Wrightsville PA 1832 was a nexus event, spawning a branch timeline and variants...

I PADDLE THERE ALL THE TIME! WE ARE NOW MARVEL CANON!

​Eric Voss had pictures and everything of the bridge that was once the longest wooden covered bridge in the world. !832 saw it destroyed by ice. It was also destroyed by the Union forces in the Civil War, and by a hurricane, and rebuilt a couple times. What remains now is a series of pylons marching across the river, their feet on tiny islands, surrounded by some fairly healthy SAV, submerged aquatic vegetation, home to northern water sneks and various fish and birds.

Recently, in 2021, a small alligator was found there.

Reports state he'd escaped from his humans, gone for a swim in the Susquehanna, and been recaptured...

​"Lokigator" appears in Marvel's streaming series on Disney+. Throg (Frog Thor) appears in several Marvel comics and in one episode of Loki as an Easter egg. Plush Lokigator is from Wild Republic, I made the helmet and Throg's accessories (he's a beanbag frog and I have no idea where he came from). I almost left the Mighty Mjolnir lying on the beach...

a stop along the Sassafras River MD