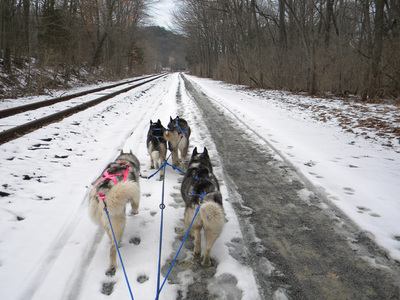 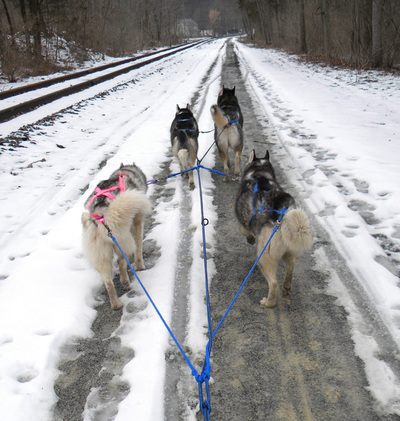 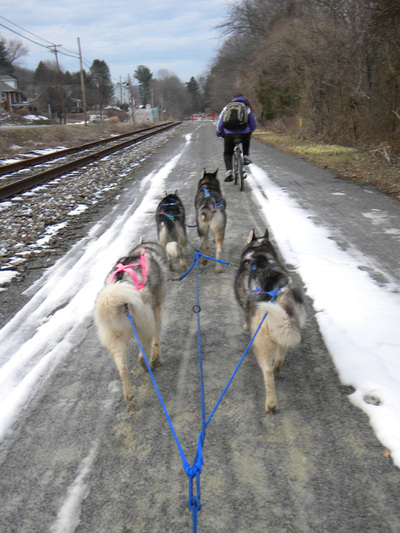 Punxatawney Phil predicted 6 more weeks of winter, which caused us to leap up and down shouting YES!!!!

The last of the latest snow had mostly melted off, especially the tracks where hikers, bikers, cross-country skiers and one musher had mashed the snow off the packed fine gravel below. We hooked up four dogs (Mine: Leggy, Denali, Chase, and Nichole’s Willow) to the three wheeled rig.

Riding the rig was like BBrrrrrPpppHHtt BbBbBbbbbbBBBBbb bLaPpfth… fat wheels but no shocks except my knees, and a mixture of bloopy snowish mess and muddish gravelly mess. The dogs of course choose the easiest path, which is usually the one with no snow. Or sometimes with snow, or sort of with snow. The rig is wider than the snowless track, so sometimes one wheel is in snow and one in mushy gravelly muddish stuff and the third one is somewhere in Arkansas…

The dogs were clearly working harder, especially in the spots where the trail was wetter and softer. Even with four enthusiastic dogs I pedaled quite a bit. It was warmer than the weather report suggested, low fifties, windbreaker weather. The dogs run best when it is colder (near zero thrills them, my three ran the same trail last week, much farther, faster, with the sled, in much colder temps, with fewer stops).

Today we stopped often for breathers and water, and turned around early. The dogs had a good run, but were clearly tired and would have preferred a faster trail.

Willow pulls enthusiastically in lead on the way out, but when we turn around, she is like : “Bored now. Same trail. Boring.” so she slacked and kept looking back for mom (trailing behind on the bike). I switched her out with Denali, putting Willow in wheel, and Denali in front… now the line stayed tight, and everyone ran evenly. At several points, the two wheel dogs ended up on the same side of the gangline (???), I stopped and started them again and they sorted it out.

Every run is a learning experience. I had expected four dogs and the rig to be a problem of braking (as in “Ohhhhhhhhh nooooooooooooo I can’t stop the rig on the snoooooooooow!”), but it proved to be a slog. But even a run like this is great exercise for the dogs, and unlike us, they LOVE to exercise! 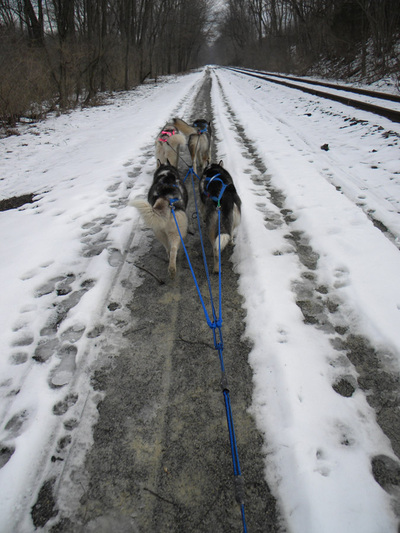 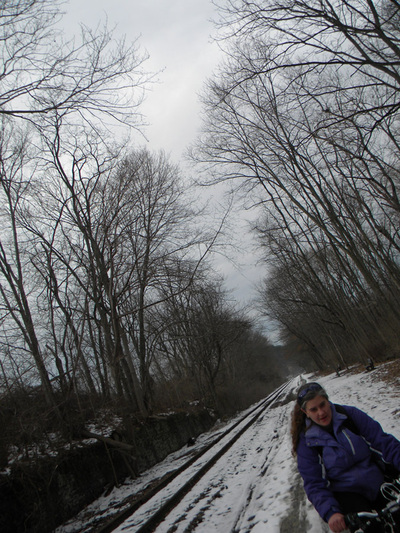 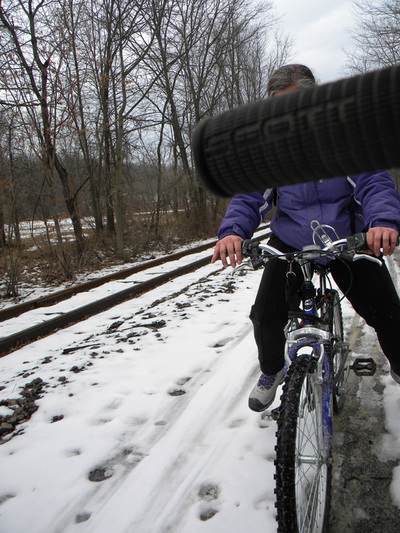 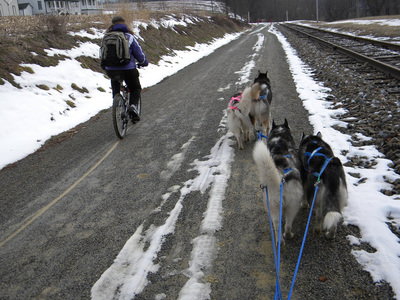 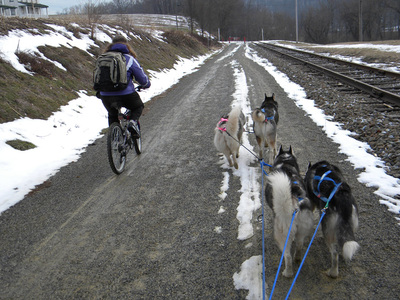 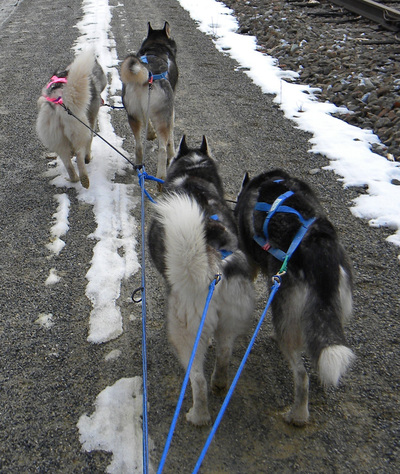 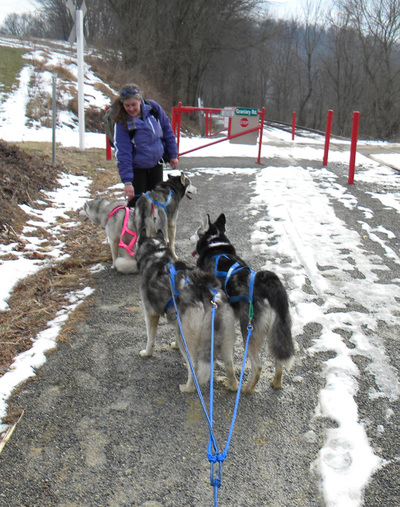 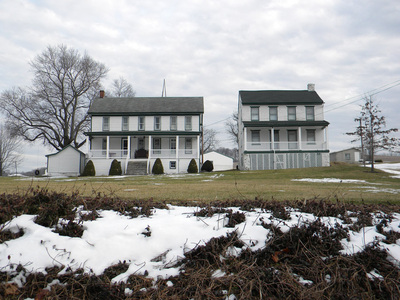 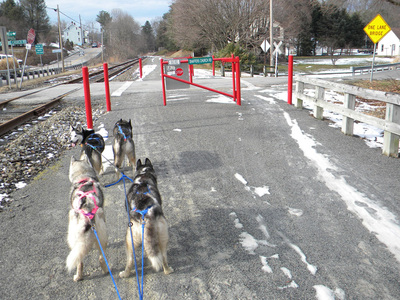