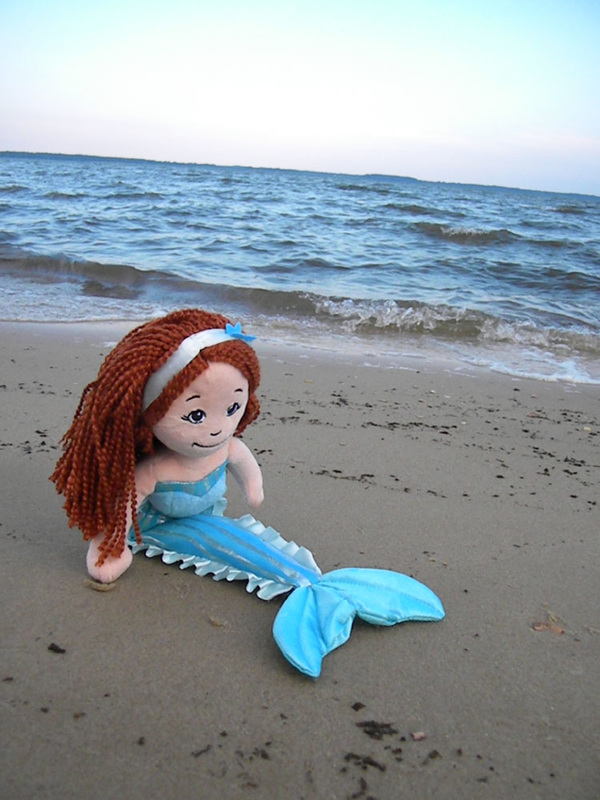 That's me, Meredith, Meri for short.

I decided I wanted to explore the land, especially this place humans set aside as a wildlife refuge:
Eastern Neck Island. 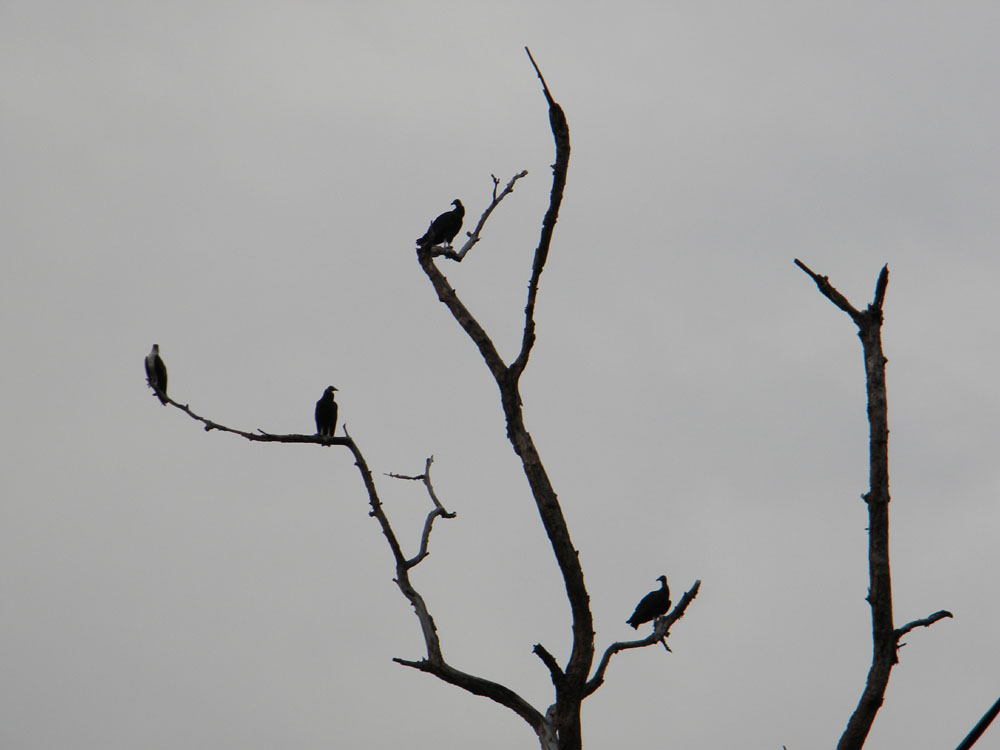 
We don't have gravity in the sea. We float. We fly.

We flip our fins and get pretty far despite whatever that cartoon character said.
And I still have my voice... who needs a stupid prince anyway.
Fortunately I have friends: Kai and Genevieve. 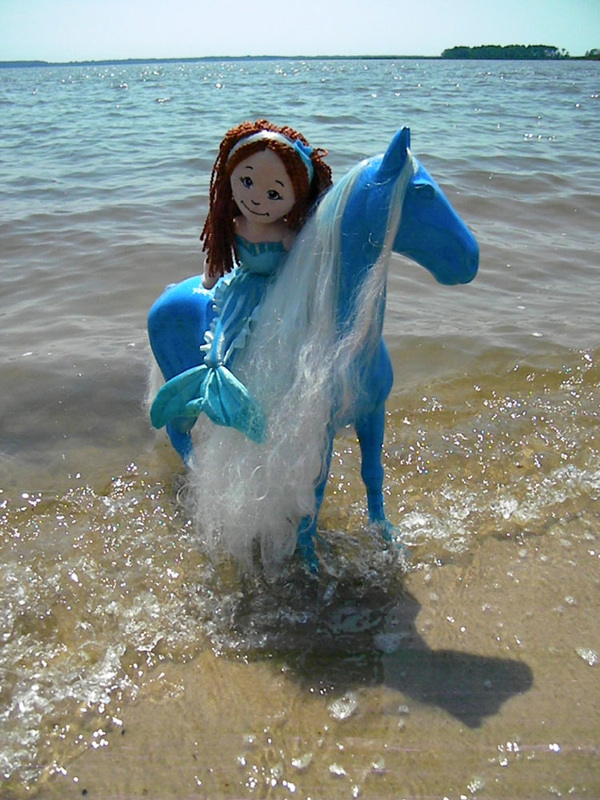 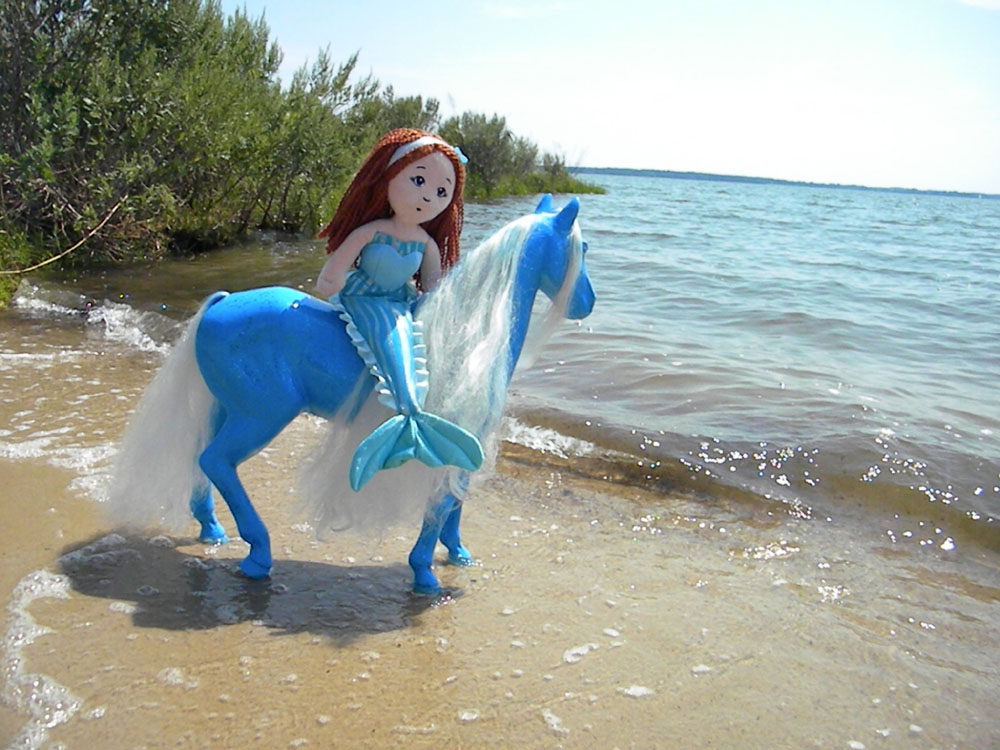 I finally got the hang of riding a slippery and somewhat sparkly sea horse...
We headed down the boardwalk that goes over the marsh. You can't walk in the marsh, it's too wet, I can't swim there, not enough water. Even a kayak won't float; too much grass. 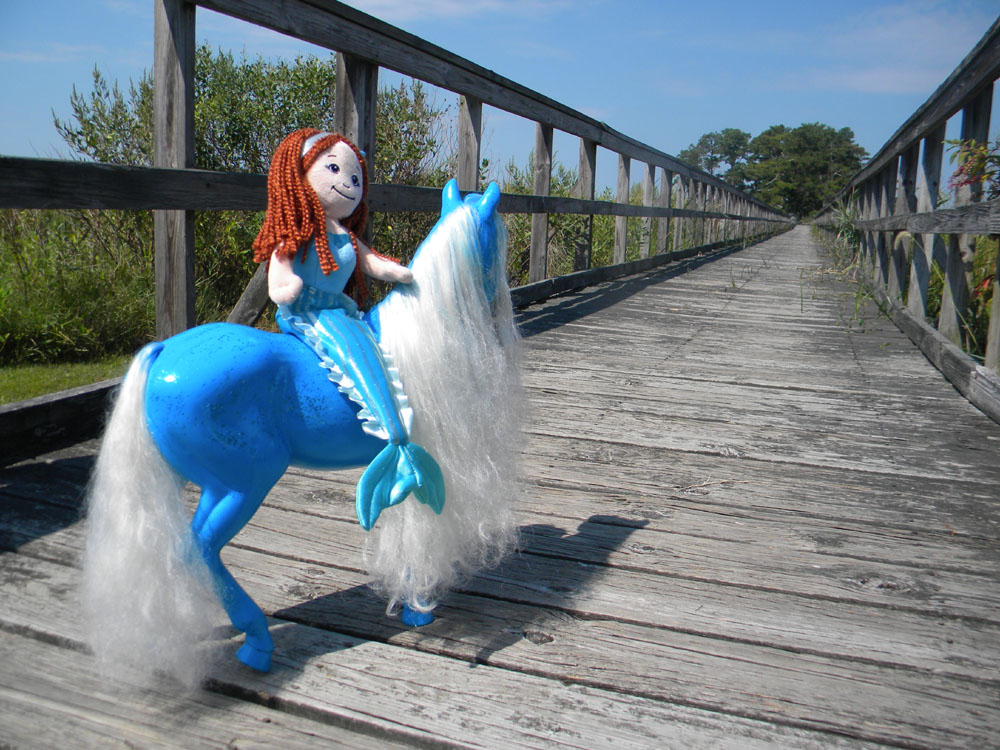 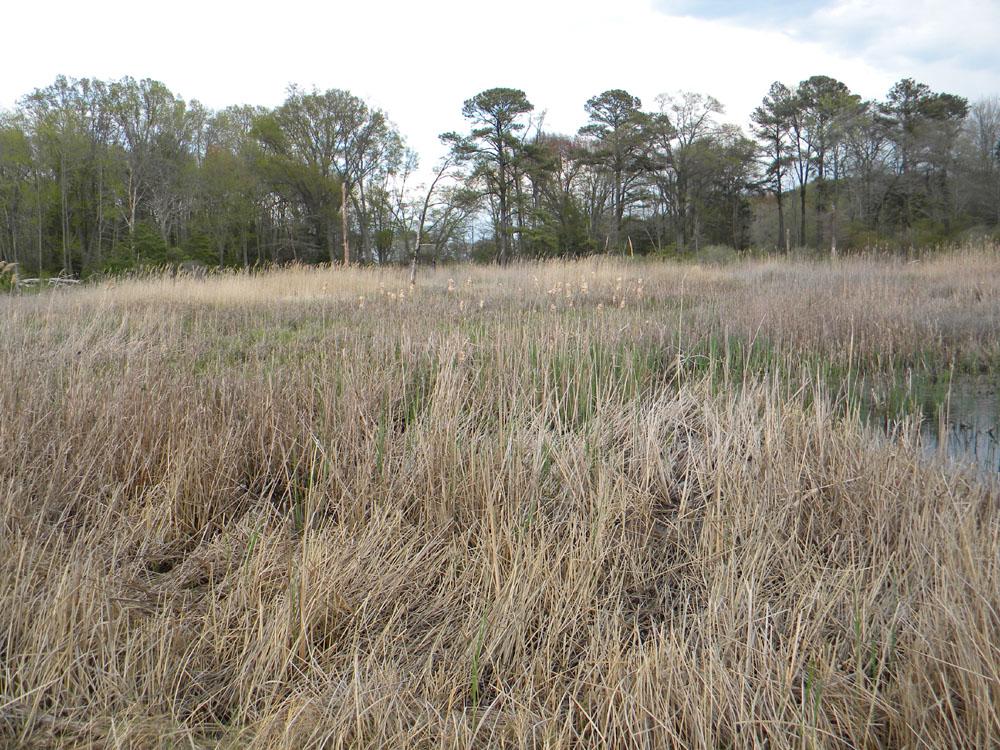 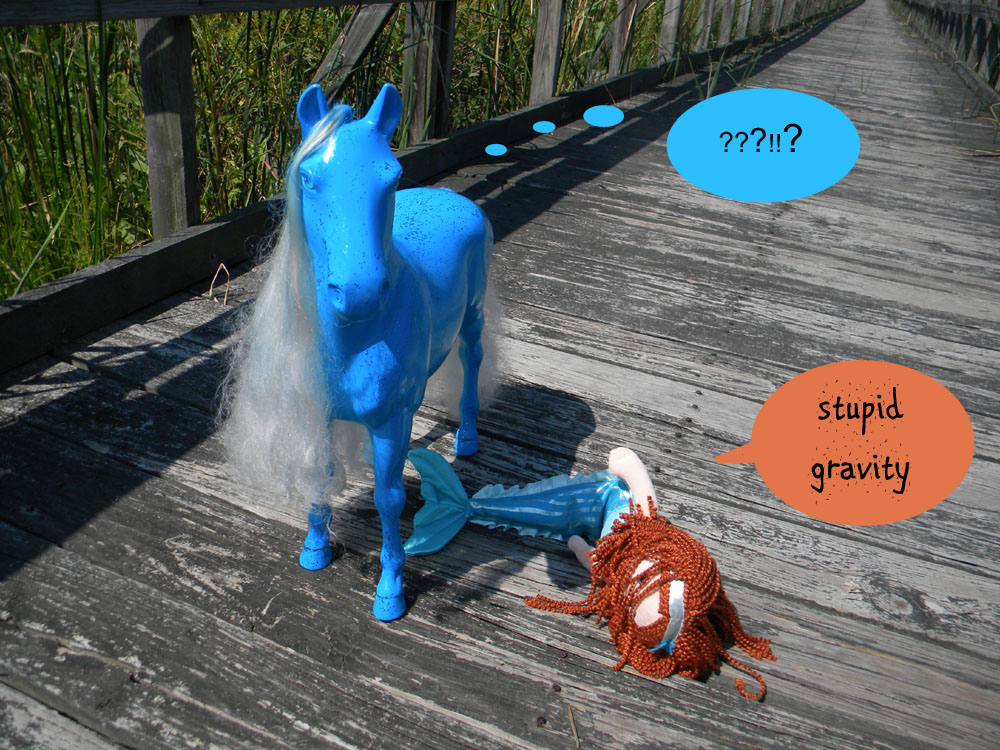 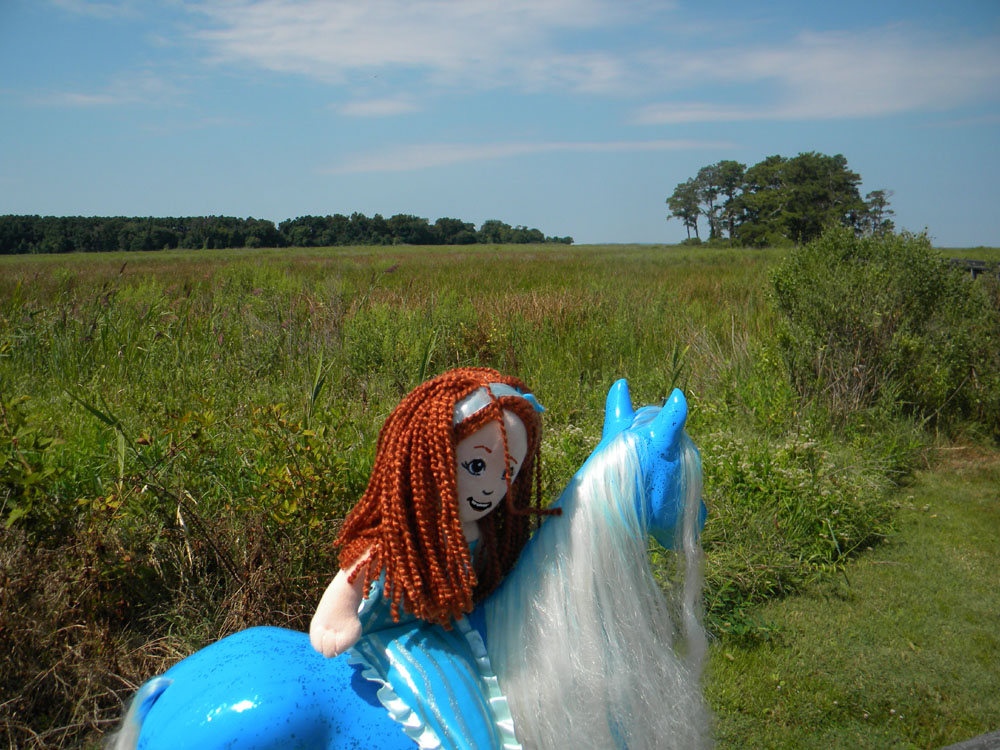 I think I'm getting the hang of this...
Hey look, another beach! 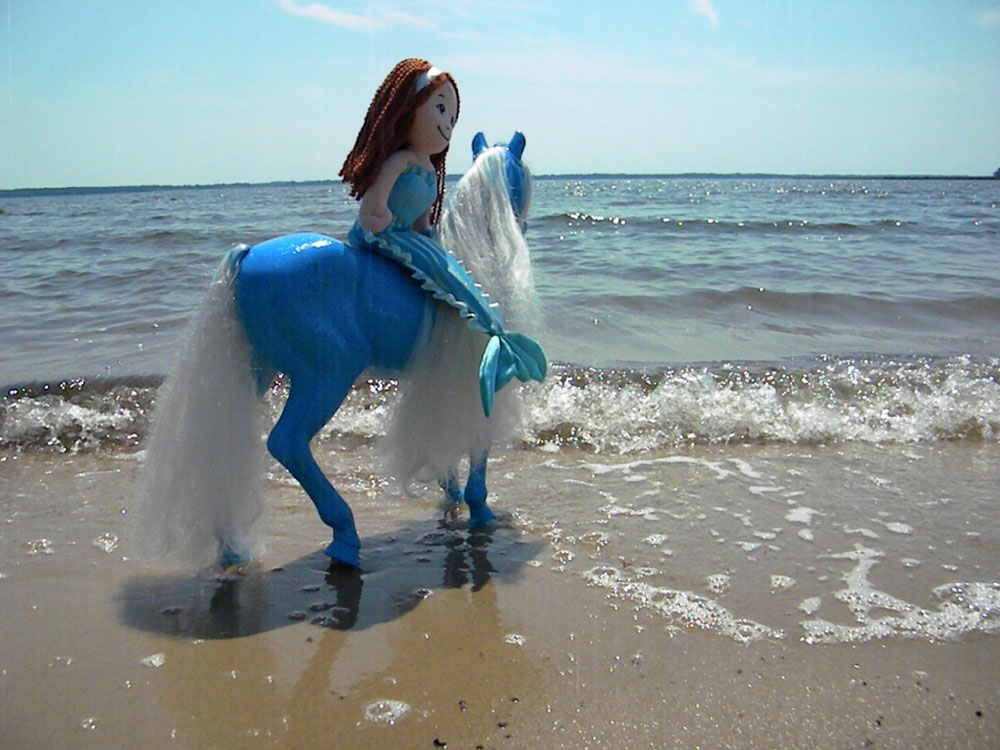 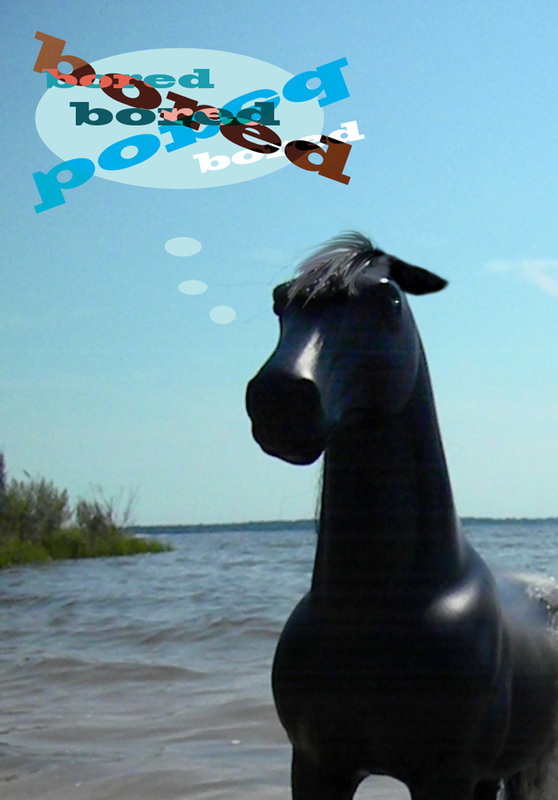 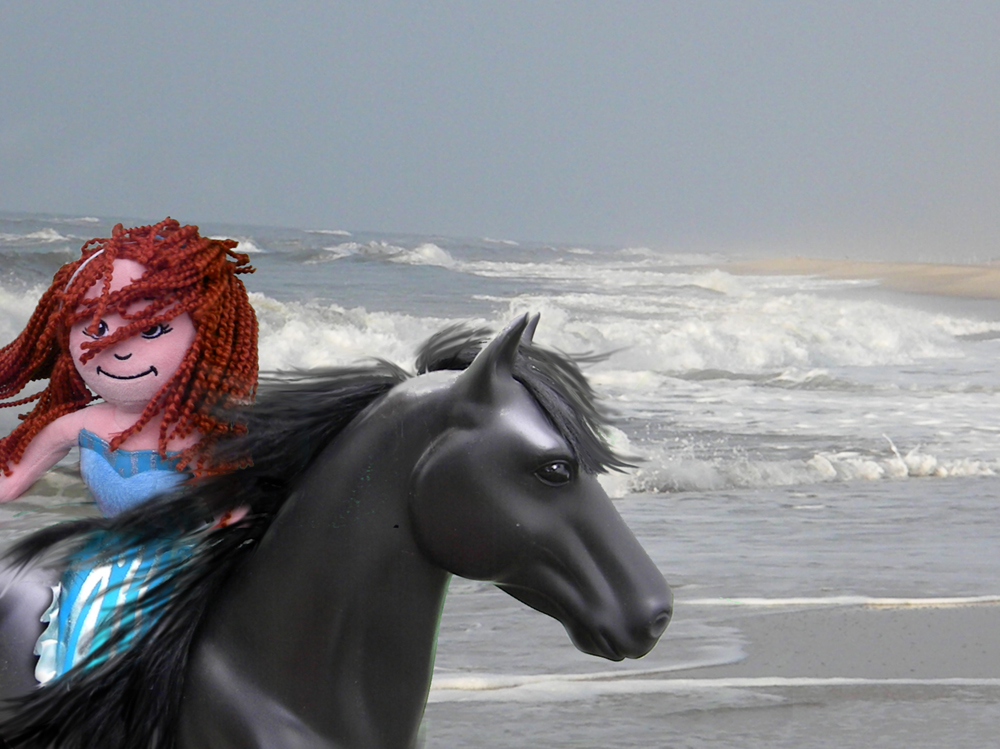 It's like riding the waves!
Now we'll go explore the island some more... 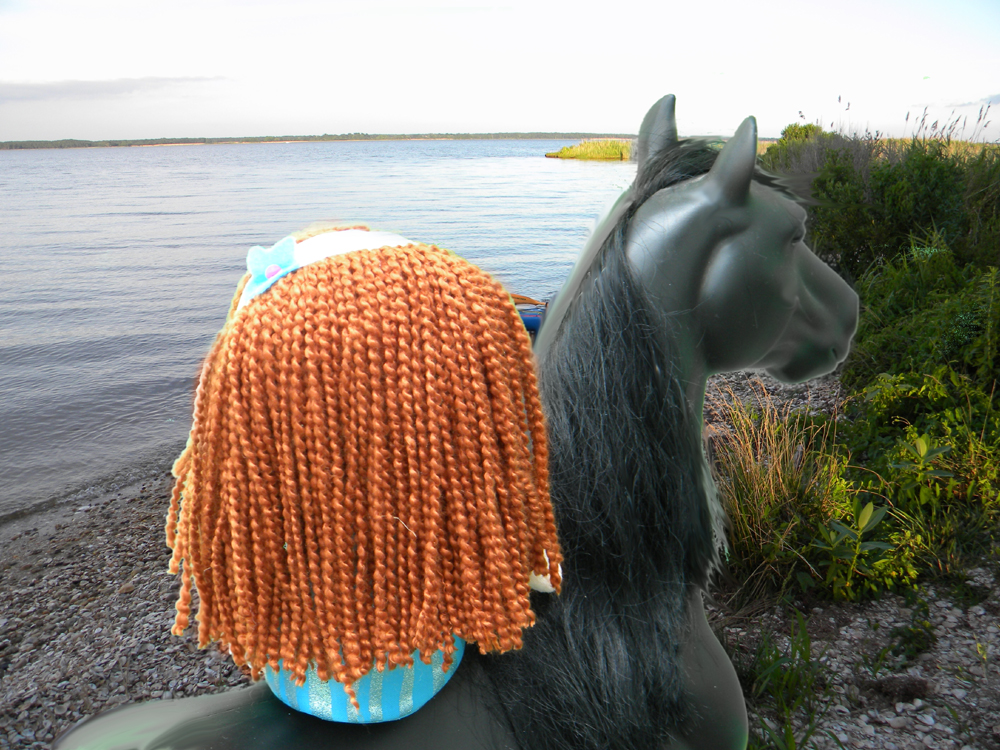 Most of the island's edges are marsh, walls of mud with cordgrass growing out of it. Some places there are little sandy beaches. We found this one with lots of oyster shells and Chester River pebbles rounded by the waves and tide and sand.

Look what else we found...
Lots of driftwood on this beach, kind of mysterious and maybe a little scary... 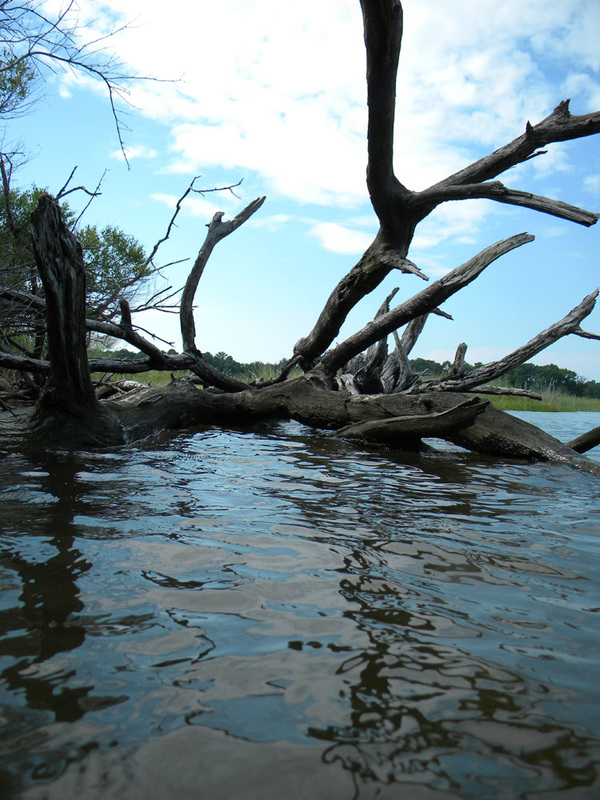 Well, like they say on all the old nautical charts, here there be dragons... 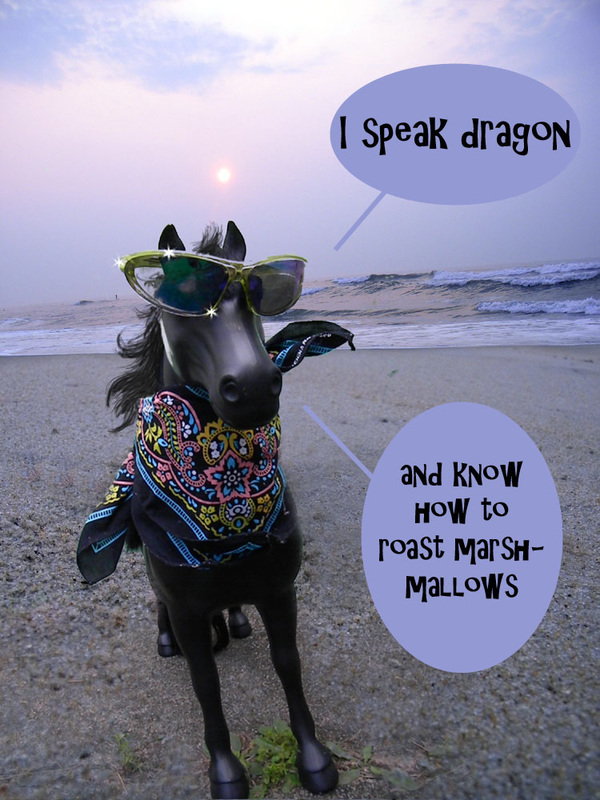 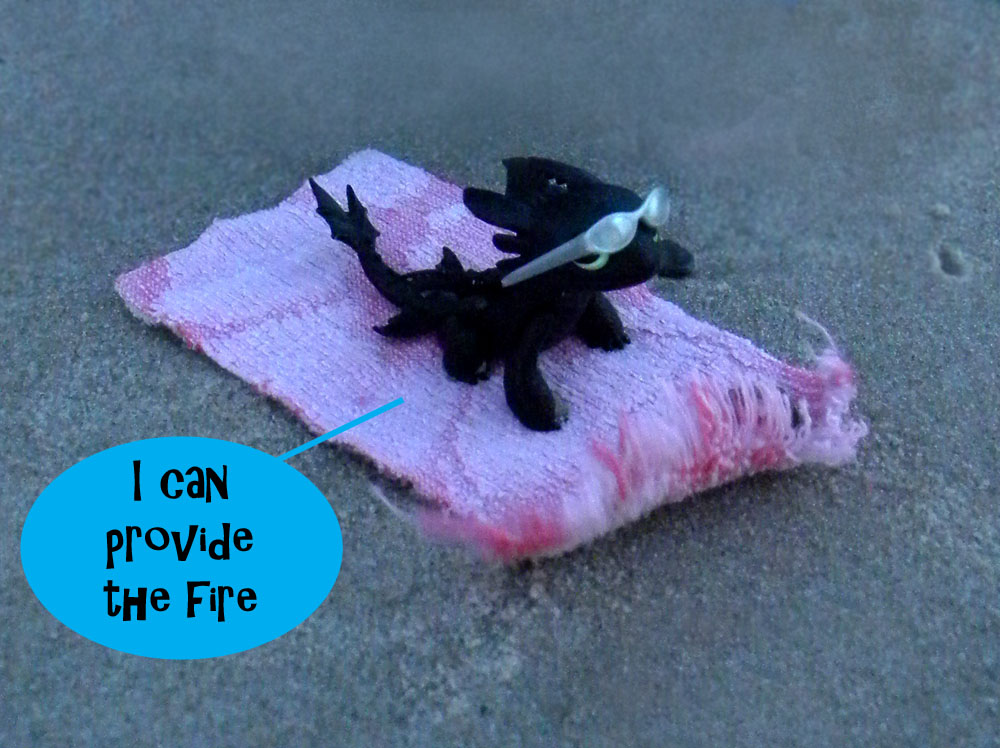 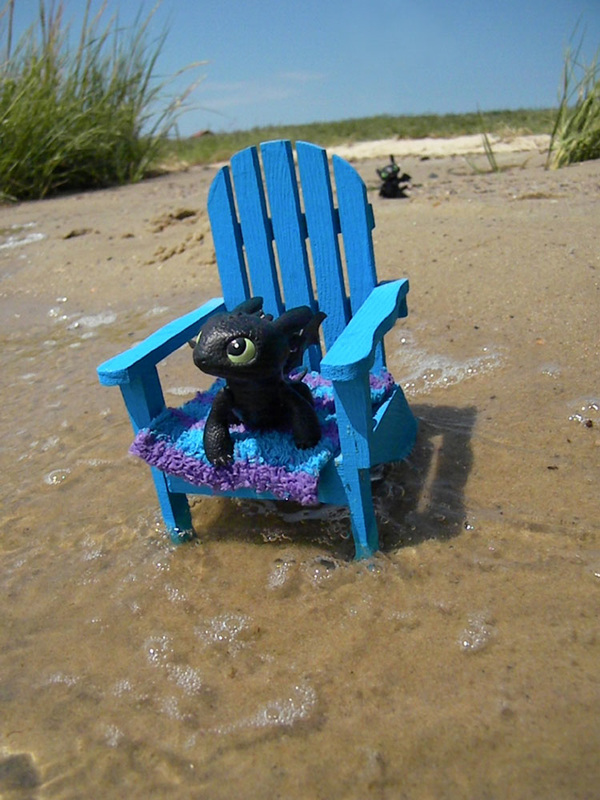 So we hung out, roasted marshmallows, and watched the sun go down.
We found out gulls like to dance to mermaid songs. 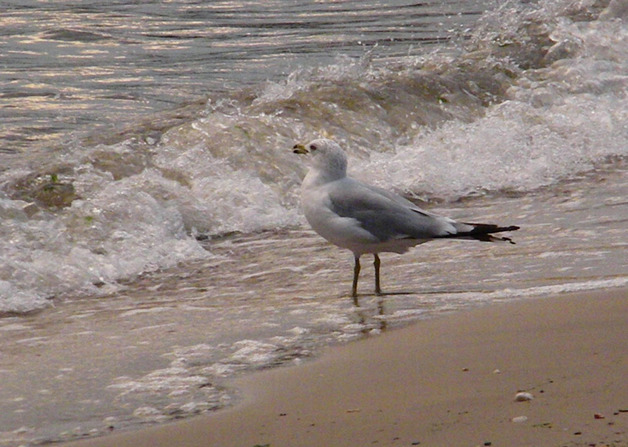 Time to go home...
where there is no gravity
no air, except Up
no color
and no fire


except when dragons make it. 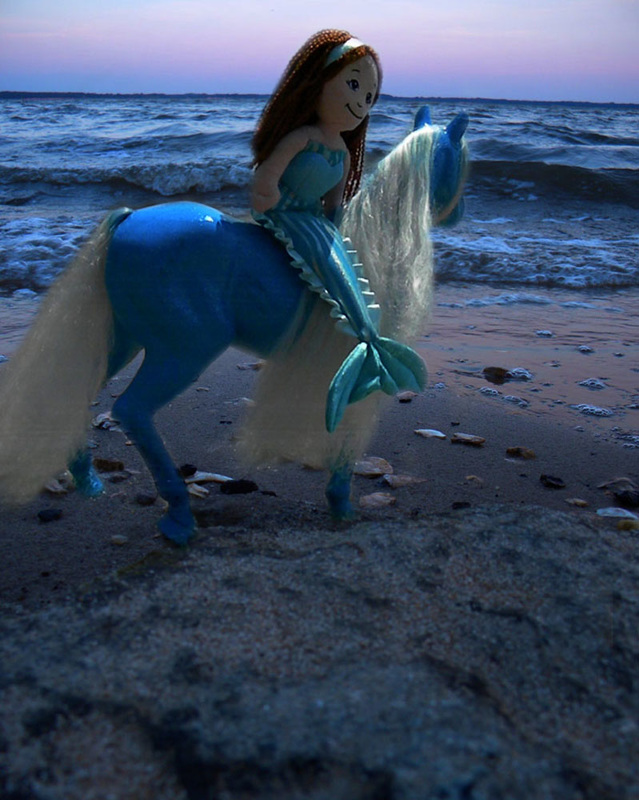