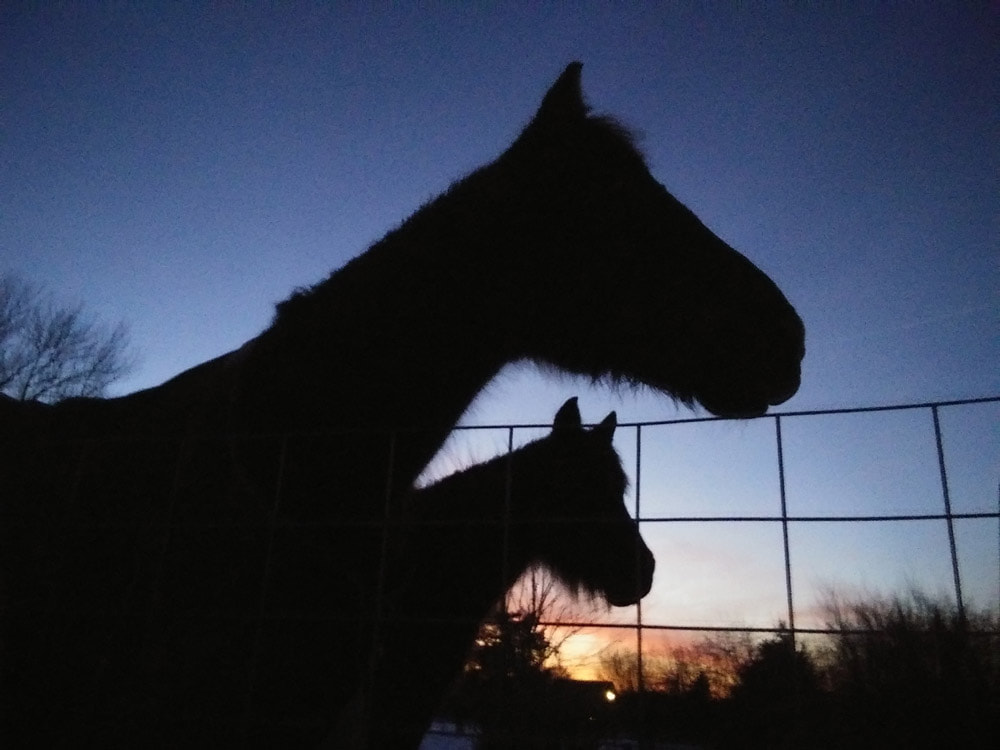 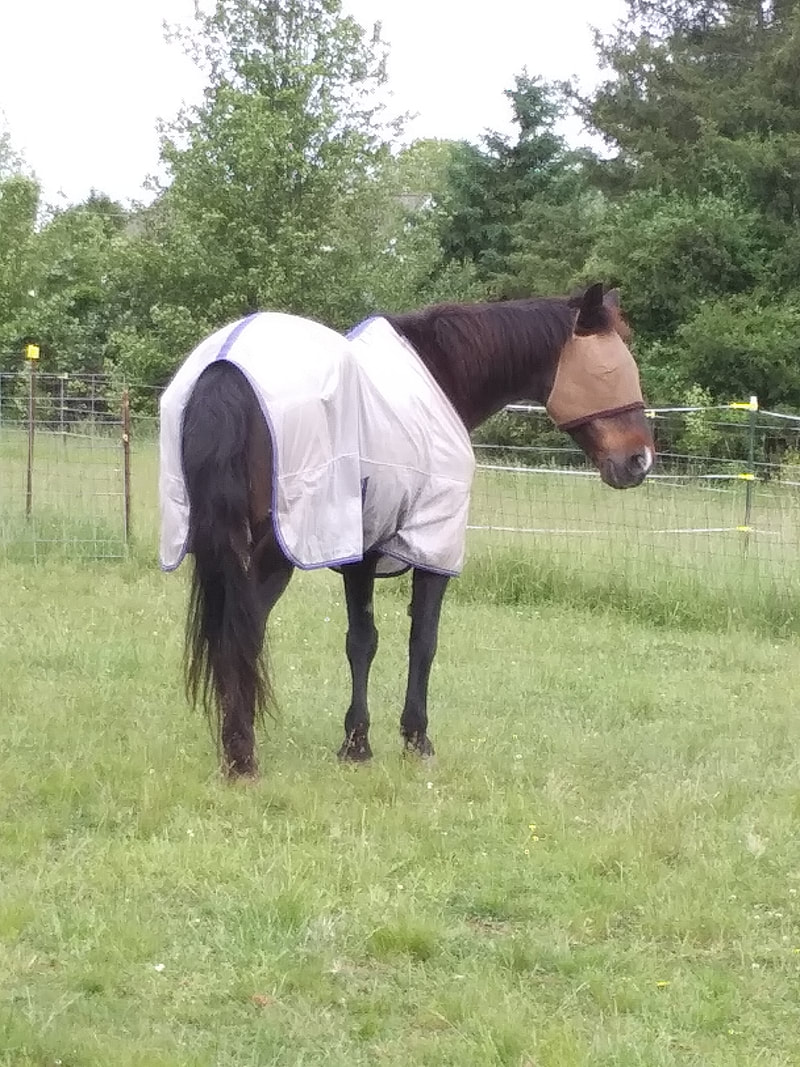 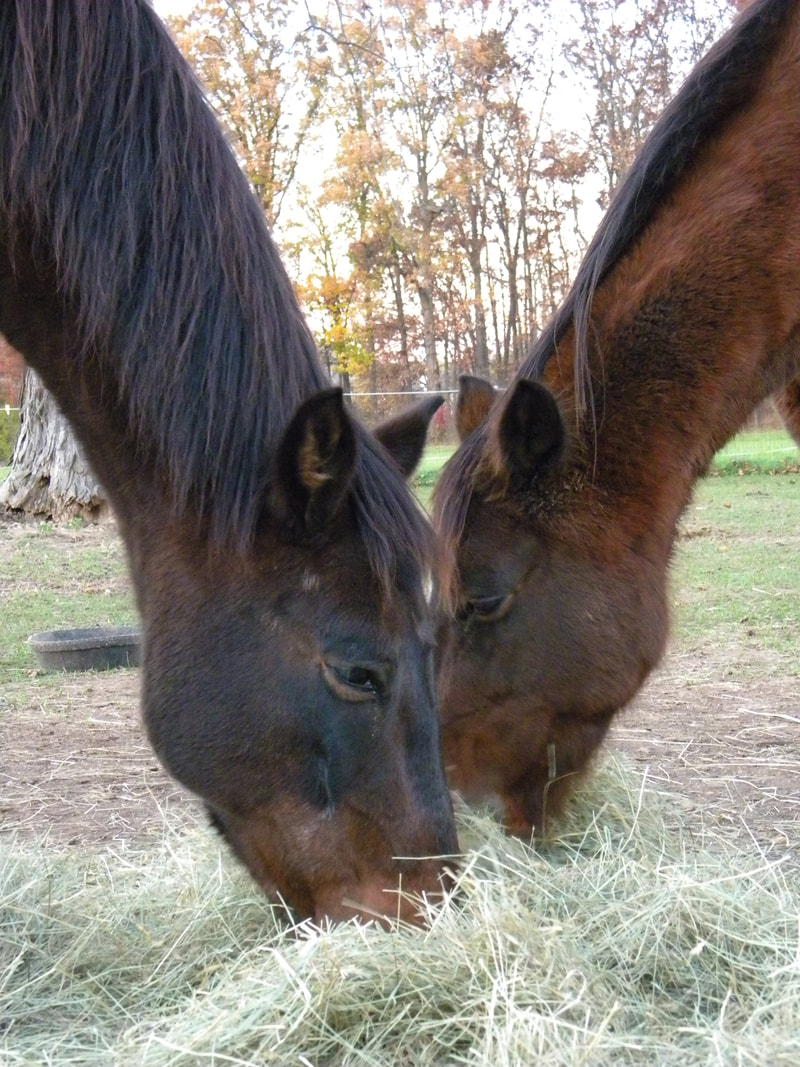 He passed over the Rainbow Bridge all on his own before 2:30 am on the night of September 18, 2020, the Year From Hell, the Plague, the West burning down, the deaths of many amazing inspirational people (Chadwick Boseman, Ruth Bader Ginsburg and many more), and political and social unrest. He'd come in from his own personal green pasture a few hours earlier with clear signs of distress. The vet visited, found no signs of colic but definitely fever, increased heartrate and other signs, administered drugs... "and let's see how he is in the morning".

A scientist or rationalist would say it just happened that way. I say it was mustang wisdom. He knew it was time, he didn't linger, he didn't suffer, his favorite girl had a tiny friend in the pony, he'd lived 32 years. It was Time.

I called a friend with a stable and a tractor and no backhoe... but he knew a guy... who knew a guy... and we buried Golli in a space between the pony yard and his own paddock. I laid a wreath of things from the yard: squash and Virginia creeper and goldenrod and pokeberry and hibiscus pods and holly. A flight of geese flew low straight over, calling with those wailing wild hunt voices, and Rev howled from the kennel.

That was the End, and I don't know the Beginning of his story.

His name happens to be the name of my favorite character from a cartoon called Gargoyles.I did not name him.

He belonged to a friend, Mona, who had got him from a stable in the Poconos that did trail rides for hire. Golli was the Lead Horse, a big dark bay In-Front-Of who pranced instead of walking.

Mona's other horses died off, one by one, leaving Golli to stand around like Eeyore, bemoaning his loneliness.

Mona and I crossed paths a few times, once in a way that was so odd it was like The Voice Of The Horse Goddess Had Spoken. I rounded a corner in a Gander Mountain store far from home, one I never had been to before and never would again, and there was Mona. We each had a lone horse. Horses do not like to be lone.

"We should put them together."

We did, at her house, and they bonded. For awhile, I continued to train Svaha while Golli remained a lawn ornament. Then I said something like "we should do something with him.."

This led to some Linda Tellington-Jones groundworking techniques, a new bitless bridle (for both horses), and some saddles for Golli. We trained for awhile, then gradually farm work took over... and Mona and Joe moved to Florida, and Golli came to live with me.

He helped teach a few kids to ride, but eventually went back to his role as lawn ornament. He gained blankets, special senior feed (while Svaha, and the mini pony who came to live with me get fat simply looking at grass, Golli needed more), his own grass pasture. He stayed well, except for the time he managed to find the ONLY NAIL any horse has ever found at my place, and stuck it in his foot. Several weeks of conversing like a mariner while I tried to re-wrap a hoof in diapers and duct tape every other day was...fun. He basically took it in stride.

​He was always a gentleman, though he had the utterly annoying habit of stopping in the middle of an open gate, which could only allow ponies to dart through...

There was a storm, after which I emerged to find an 80 foot hickory tree horizontal instead of vertical. I stared at it in disbelief... it had 359.5 degrees of empty space to fall in and had bullseyed the precise center of the 16 foot wide horse shelter. Panicked, I counted brown butts... two. Golli's Theory Of Storms has always been: grab your mares and herd them out into the middle of it where they can all be struck by lightning. This time, it saved everyone's lives, neither was in the shelter when the tree fell.

He was dark bay, but he shed out the last few years black, with countershading: golden tones around muzzle, chest, flanks, the color sometimes called "seal brown" though only the bay genes have been defined, there is no "brown" gene. He'd sunbleach to dark bay, but with less red tones than Svaha. This last year, he had his own fly sheet as well as the fly mask.

He and Svaha would stand together, like bookends. Especially this summer. Maybe she knew.

Hail, Goliath the Traveller! Carrier of Mustang Wisdom and the Wild Winds of the West to this little corner of Pennsylvania. I am glad you had sanctuary, and wish all horses could. 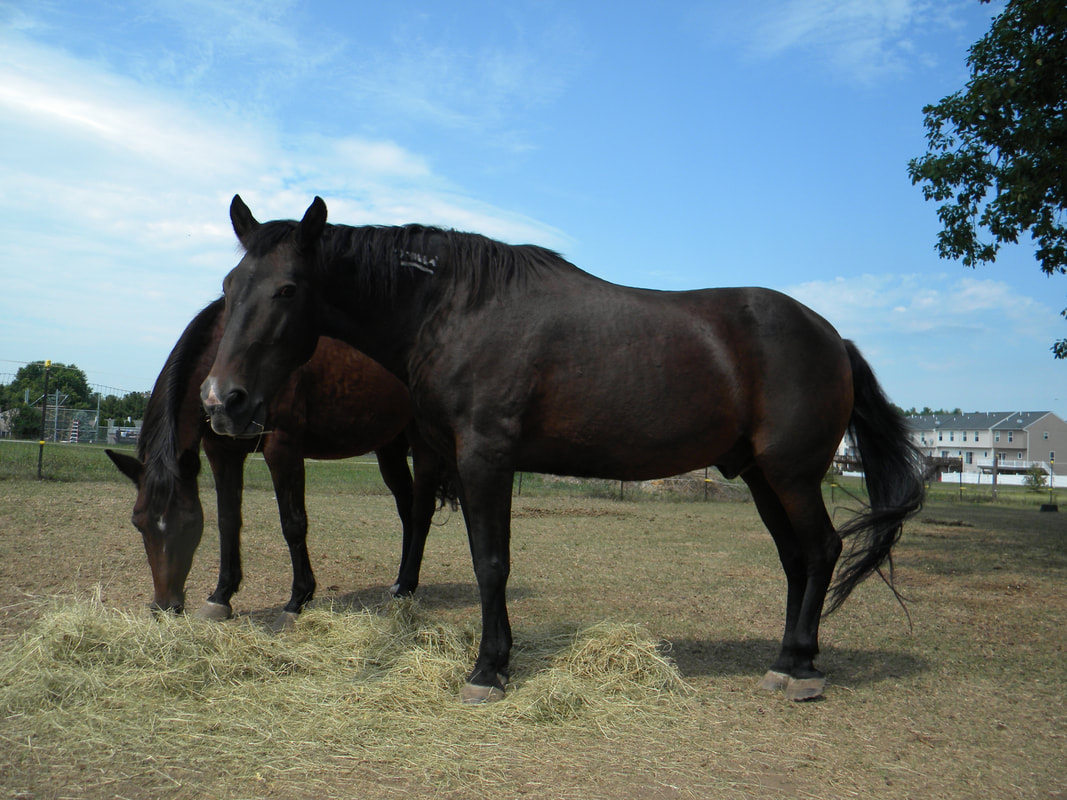 memorial on the burial mound
a flight of geese winged over, wailing their wild hunt cries as my one husky, Rev, howled from the kennel...

maybe I'll find a small tree to put there

heart of light on the kitchen floor the next day