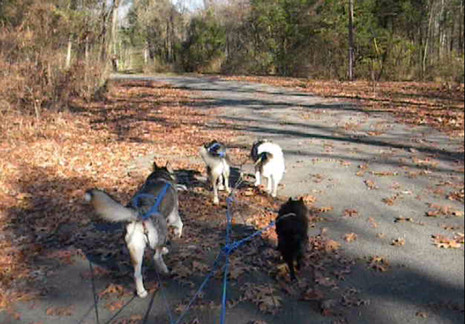 I'd encountered these sturdy, energetic little dogs before. A friend called them "busy little people". They are independant minded, mischevious, smart. Think; a raven in canine form. They were bred from a medieval black herding dog (which also gave rise to Belgian Malinois, Groenendael, Laekenois and Tervuren ), in a time when only the aristocracy could have large dogs. Schipperkes guarded homes, small businesses and boats, giving the alarm when someone new (or potentially troublesome) was about. They became famous as "barge dogs" where part of their job was to kill rodents and to nip at the heels of the horses pulling the barges. They are often found cruising the world on sailing yachts today. One of their finer moments was in WWII, when the Belgian resistance used them to run messages... the Nazis never caught on.

You should know by now that I am a big dog person. I inherited Max from a friend; here he is, showing off his busy trot, and being held still so we can actually get a portrait of him.Thanks to Dave and Terry for helping get some good moving shots of Max as well as holding him still long enough for a portrait or two. The cat in the window is theirs: mew (or is that Squeak?) giving his opinion of the doggy outside the window. My cats just spat and swatted. Max didn't mind, too much. Some Schipps, though, have a strong prey drive and are not good with cats. In one of the lower pics, you see Max in a 'yak. I found a PFD that fits, so he can ride in the kayak (an earlier PFD made from bits of a wetsuit worked fairly well, but we needed more flotage). He's about 11, and yes, he's developing cataracts (hence the blue eyes), but these are very long-lived dogs: 17 years is not uncommon.

Darn. Now I'm always going to have to have one of these...

Runnin' with the Big Dogs:
Max trotted out so nicely with Legolas (75 pound Shepard/Siberian cross) on walks, that I hooked him up on the team one day. I only had a walking harness for Max, but the big dogs (Leggy, and Chasseur and Denali at about 45 pounds) would do most of the work. First, Denali and Max pulled a friend on a skateboard. Going down a slight incline, I picked up the gangline to help my friend control the speed (and not run into the dogs); this choked up Denali's leash a bit. I looked down to see Max pulling my 180ish pound friend on a skateboard, by himself.
A short run at Pinchot Park, with Max in the gangline (opposite Leggy, in wheel position) proved that Max liked running... and that Yoda's comment of "judge me by my size, would you?" sums up the qualities of many small dogs. If you are running a mismatched team like this, you must pay attention to your slowest or smallest or newest dog. I kept the speed to a comfortable level for Max (rigs have brakes). The idea is for the dogs to have fun! Max has a tendency to spin in circles when the team is stopped (waiting at startup, or stopping on the trail), so I have to unspin and untangle a few times. Training by having him pull a snow saucer with a light weight on it by himself helps. I use string cheese (high value treat!), and tell him to "line out", get ahead of me and stretch out the line, and stay straight (reward!) then go forward (reward!). With some practice he may get over the need to do Maxrame.
On a later, longer run, on the Rail Trail, Max rode in the sledbag (a backpack slung  on the rig) till the big dogs slowed from a gallop to a trot (about five minutes), then he went in the gangline, and trotted happily. A rest later for a few minutes in the bag, then back on the line. He seems like he really loves it. A fun sport for any dog! 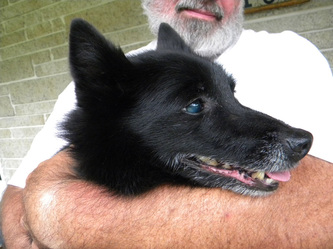 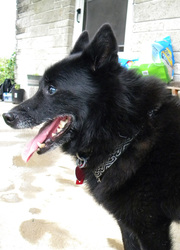 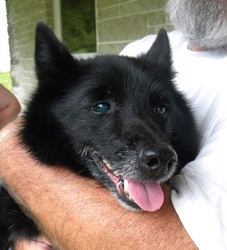 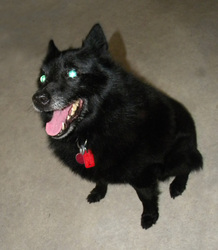 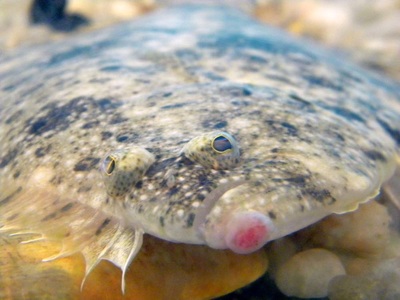 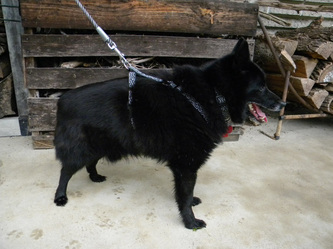 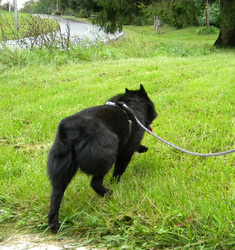 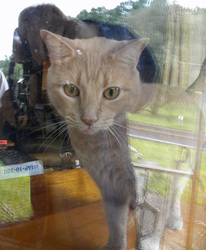 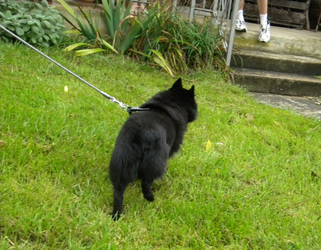 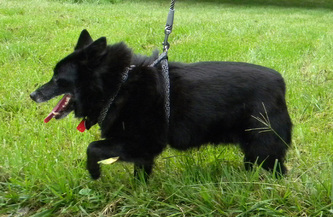 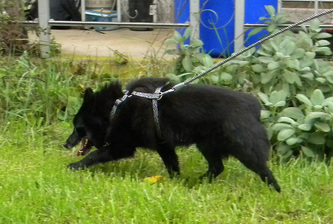 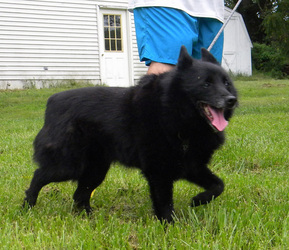 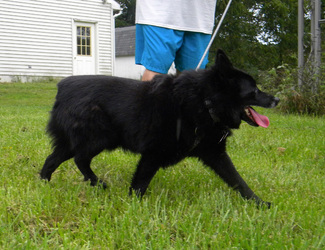 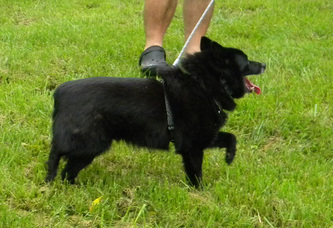 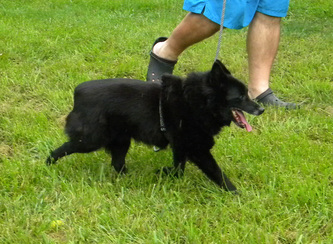 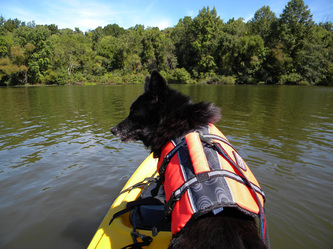 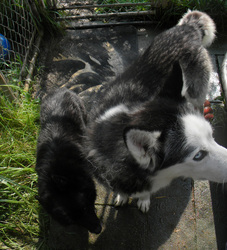