A moment of appreciation for this pretty good action figure (circa 1973) from Gabriel Toys. He’s the Lone Ranger’s Silver (I found him, yellowed with age, in a thrift shop with no tack, and repainted him). His head’s a bit clunky, he’s terribly sickle hocked (when the rear cannon bones… lower leg… are straight, the hocks are set too far beyond the edge of his butt, or, when the hocks are under his butt, the lower leg slopes in the shape of a sickle, a weakness in real horses), and he is a bit ewe-necked (the neck bulges underneath, not arched like a swan). He actually looks a bit like the kind of western horse Remington and Charlie Russell drew and painted, the sort cowboys would have been riding back in the 1800s, definitely not something Barbie would choose. He is nicely articulated (to the point he’d make good art reference if you had some other stuff like photos of real horses), though his butt is a bit bulgy when the rear leg is forward, and his chest is a bit oddly deep right where the front legs attach (a bit too far forward). Even his tail moves.

He was originally painted white body with grey mane and tail and dark hooves: a grey horse, not a white one. Greys begin a normal horse color and whiten as they age, usually turning white between 6 and 10 years old. I repainted him the white Silver has always been; pink skinned (shows around the eyes, muzzle and hooves) and dark eyed. There is no albino gene in horses. (Movie Silver in the header, is a Thoroughbred with sabino genetics... a kind of pinto... you can see the speckled skin around his face, and some in his neck and shoulder). The pics here of him looking like a weird palomino pinto are the pics taken before I repainted him to his original glory. Where the light hit, he is faded nearly orange, where light was blocked by his original tack, he is still mostly white. One side yellowed more than the other (presumably he was set on a shelf with that side out). Hopefully the acrylic paint will preserve the plastic underneath. 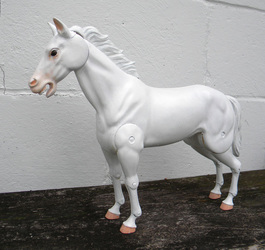 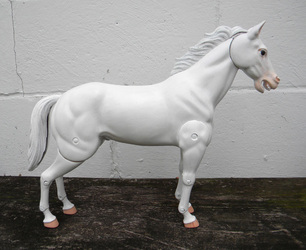 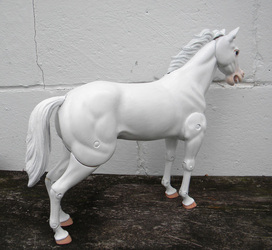 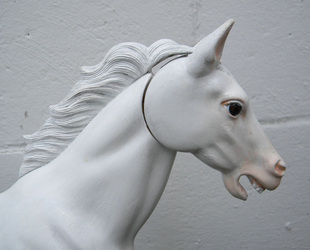 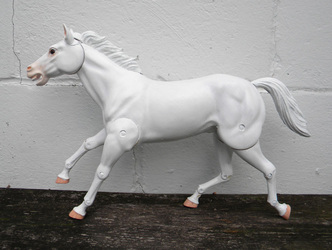 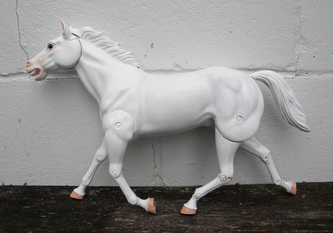 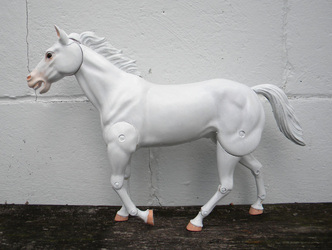 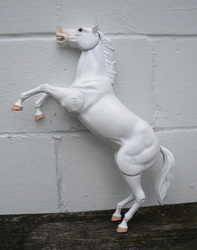 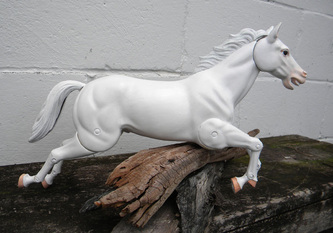 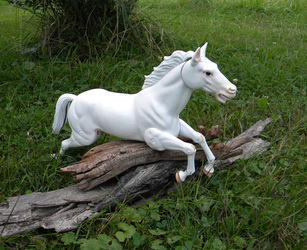 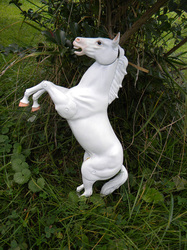 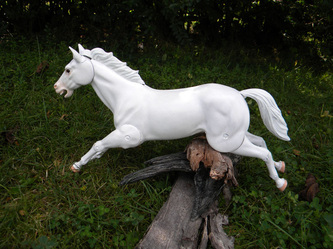 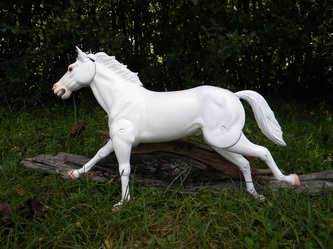 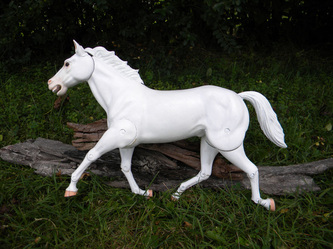 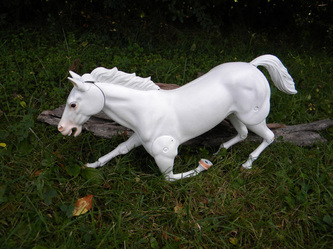 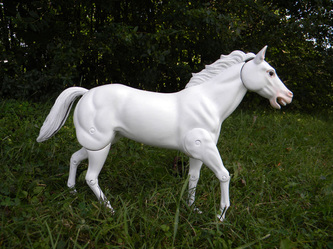 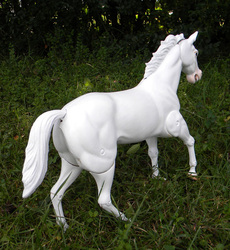 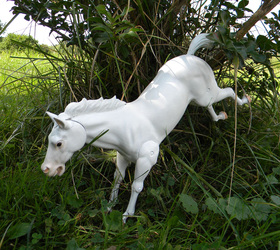 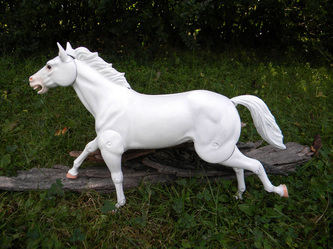 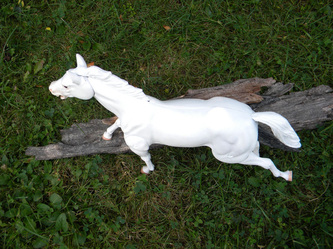 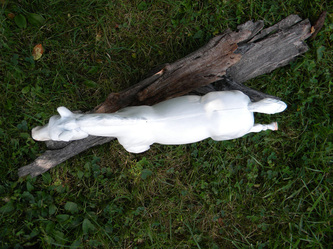 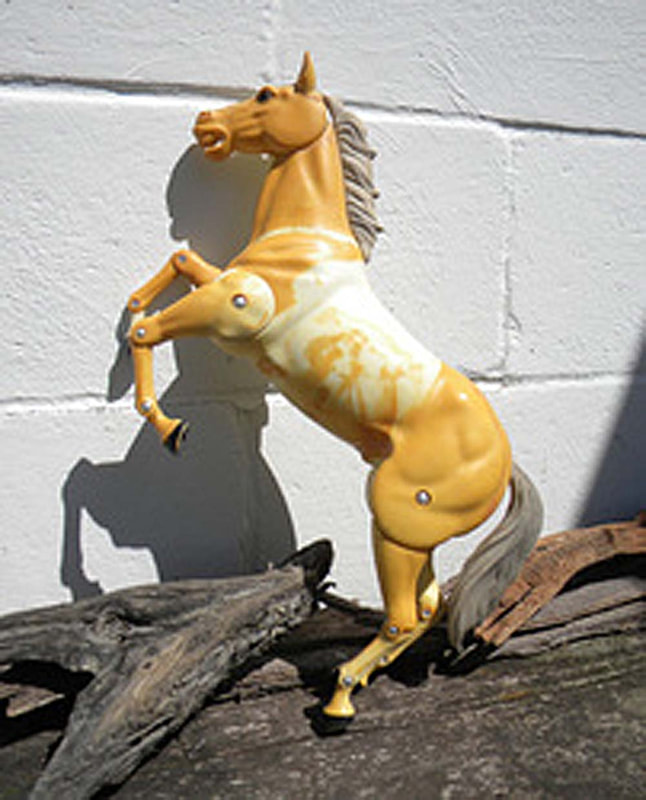 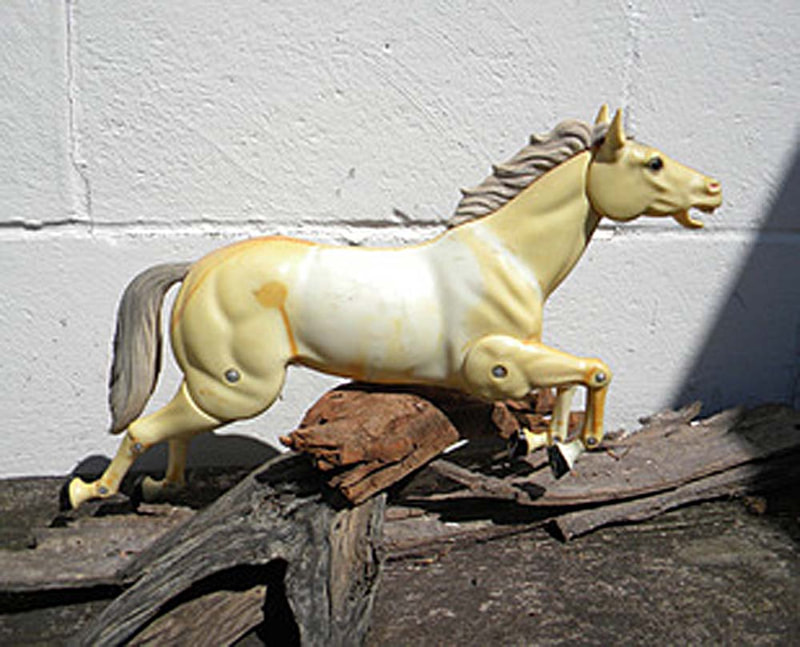 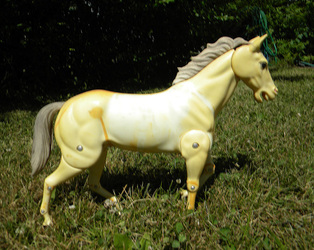 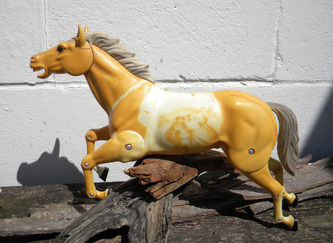 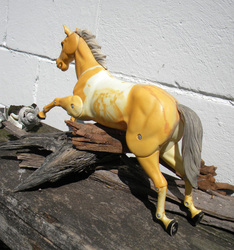 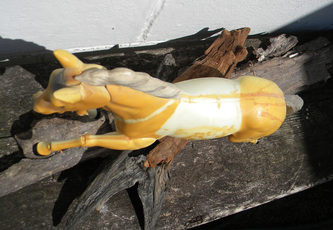 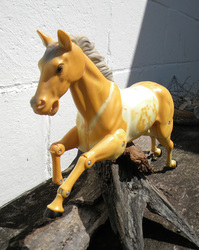