Son of the Sahara... 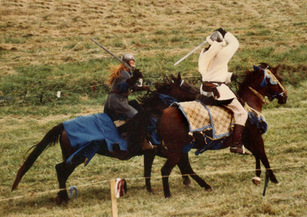 Saraf was two and I was twelve when I began scanning newspaper livestock ads for horses for sale. I'd outgrown my eleven hand Shetland pony and wanted to upgrade. When I saw the ad for "half Arab colt, green broke", I showed Dad, who immediately grumbled that no, we weren't going to go look at any horse because then I'd just want to bring it home.

So, the next morning, he woke me up at the crack of dawn: "If you want to go see that horse you'd better get ready."

My first sight of the horse was a bright green field in the midst of dark woods, sunlight streaming into it making the red-bay horse in the center glow like a piece of rising sun. I'd wanted anything but a "brown" horse (bay, chestnut, brown). Maybe black, grey, palomino, pinto. I forgot that right there.

He came home, a half trained high spirited, highly intelligent Half Arabian gelding, registered as "Son of Sahara". Darlene, who had raised him, helped train him at first, then I joined a canny 4-H club whose leaders were into dressage, three phase eventing and Pony Club. Despite my cluelessness and lack of patience, Saraf turned into a brilliant horse who could do anything from barrel racing and pole bending (at which he was less than enthusiastic) to jumping (not bad), to dressage (better), to swordfights, egg-and-spoon, and break-and-out, at which he was awesome. He taught an inordinate number of green riders, caried various medievalists forward into the past, and learned to work bridleless. He could switch leads every stride on cue, and rear on command (we used it in the Markland Faire). He lived to the ripe old age of 27. 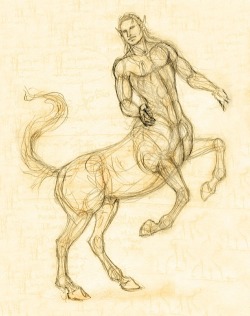