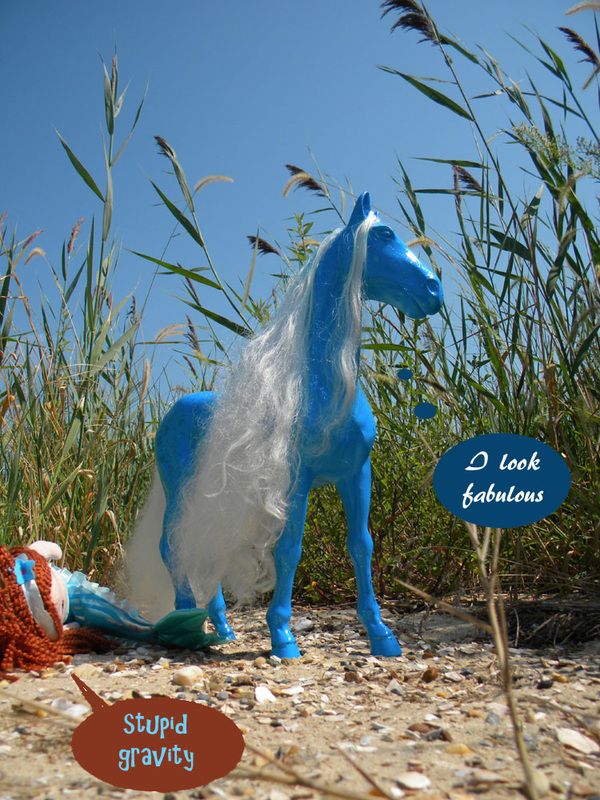 How do mermaids see the wonders of the lands beyond the surf? Not by making iffy deals with shifty characters who are half octopus and wear too much makeup. They partner with sea horses to get around.

Still, these doughty mermaids (and presumably there are some merboys out there too) venture forth to see what there is to sea.

​They are often joined by other characters. You might recognize some of them from movies and memes.

Mermaiding is a thing, for anyone, any age, any size, any shape, any color, any gender. So put on your tail and explore some cool places on the DelMarVa Peninsula, learn some weird facts about life underwater (and how you can protect it), oh, and how to mermaid...

If you can't get to the sea, bring it to you. It might be as simple as taking pics of Mermaid You in your bathtub, or a wading pool.

I made a backyard beach by throwing out n old living room rug. It served as a weed barrier, I bordered it with pavers, and piled play sand ($3/50 pound bag) on top. At the end, is a shallow horse tank (about a foot deep) with water loving plants like arrowroot and lotus in it. Mosquito dunks to control the skeeters. The plants keep the water oxygenated enough for frogs and such. Add some whelks and quahog clams from Assateague Island and there you go...

I set the phone on a tripod and used the "cheese shutter" (it also responds to "whiskey"). The phone tended to go into hibernation mode, so I yelled WHISKEY at it a lot while pulling on the tail.

Monofin is the Finis Luna, a silicone fin with great flow and adjustable. It doesn't fit my wide feet though unless I add hairband extenders. It is very functional and comfy for most mermaids. My personal favorite is the Linden.

The leggings are "Lotus Moon" by Fin FUn, the tail is "Blue Lagoon" by Fin Fun. They make great, affordable mer gear (for any gender, any age) in a variety of styles. They are also highly safety oriented. Check out their videos.

The "fishook" is indeed a Maui fish hook, surfers, then kayakers and scuba divers adopted it from the Polynesians... pay your respects to the sea gods!

Cast and Crew of Stupid Gravity

How to Mermaid Your Own Story

This began with a couple of rescued Our Generation horses, and an irresistible mermaid from the Baltimore Aquarium (National Aquarium in Baltimore MD).

In the gift shop, that is. The plush mermaid had no reason to go home with me, I am not a 10 year old kid...

But, turquoise fin and reddish hair and... yeah...sunk. I do collect all things oceanic, have jumped off perfectly good floatin' boats to look at sunken ones, decorated Christmas trees and carved pumpkins underwater. And this site is called "swordwhale".

So... yeah... not feeling the least bit guilty about taking home some mermaids.

I was already photographing the rather extensive life long collection of Breyer horses in natural settings with some special FX like water or sand flung at their feet to make them look like they are galloping fabulously through the surf.

Not a stretch to wonder how mermaids get along on land.

On seahorses, of course, sea horses with legs. Blue ones, black ones, whatever. The Our Generation horses were perfect (and much more accurately horsey than the similarly scaled American Girl horses)..

I also had a smaller mermaid I'd got years ago, and she became the little sister.

None of them stayed well on slippery seahorses.

Mermaids don't have to deal with gravity in the sea.

I used various sticky dots and Scotch sticky wall putty and made saddles. Mermaids fell off, blew off in the sea wind, and generally had more trouble with horses than I ever had in 62 years of horsemanship...

which was often hilarious.

Then I had to build mermaid saddles for the horses.

Add more mermaids (a friend brought along hers), some other sea creatures, and Hank and Toothless and Otterlock and Hedgejawn and at least two different Black Panthers and Moana and Legolas and some Avengers... and anyone else who wanders by and the beach party never stops.


Some tips for your own beach party. 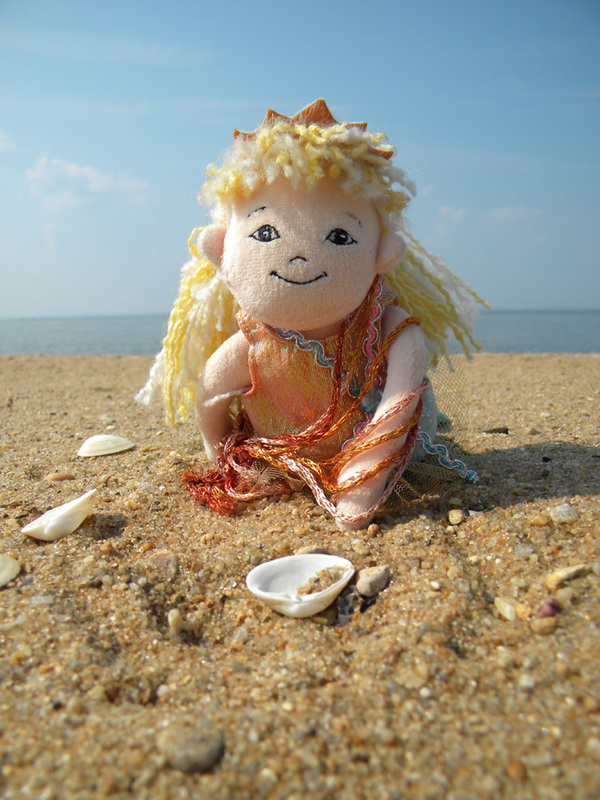