(True) Tales of the High Seas (or at least, the Low Marsh)

"In a civilized country, like where I come from," said Eustace,
"the ships are so big that when you're inside you wouldn't know you were at sea at all."

"In that case, you might just as well stay ashore," said Caspian.

(Chronicles of Narnia: Voyage of the Dawn Treader) 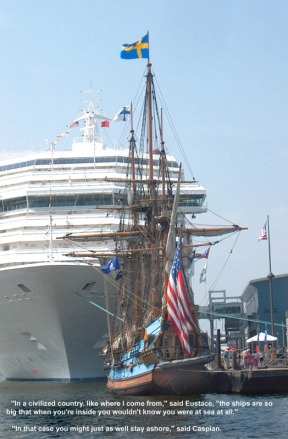 Some of my favorite things: tall ships that fly on the wind and creak and hum with her power. You don't have to be anything more than an interested landlubber to sail on some of the many historical reproduction tall ships still spreading their wings on the wind. Most do public sails for less than the admission to an amusement park... and you can help raise a sail... or maybe man the tiller or wheel!

These are are the logs of various expeditions, adventures, and opportunities for sunburn, being sucked dry by the vampiric flying hordes of the salt marsh, for fleeing before a storm in a forty foot Viking longship (we made it to the marina bar), for squeegeeing the gunnels of an 1812 privateer, for driving the boat Owen Wilson couldn't (the Woodwind, in the Wedding Crashers), for braving the sog to smash through waves on the Chesapeake (1768 style), for learning to drive a ship from someone who walked the same planks as Johnny Depp and Orlando Bloom, (just not at the same time). Life is weird, adventure, as they said in "UP", is out there. Go find one. I did.

Yes, viking is a verb, and a job description! You can join the Longship company on Sae Hrafn (Sea Raven) for a few hours and pillage the backwaters of the Chesapeake for fun and hands on history.

The Pride of Baltimore II is a reproduction of the wicked swift and agile "Baltimore Clippers" who made a name for America in our second war of independance (1812). Haul a halyard, and bring the earplugs so you can keep shooting (pics) when she fires her cannons!

Lynx is an interpretation of an actual privateer named Lynx built by Thomas Kemp in 1812 in Fell’s Point, Maryland. She was among the first ships to defend American freedom by evading the British naval fleet then blockading American ports and serving in the important privateering efforts. Below, shots over the bow of my kayak of Pride and Lynx. Lynx is the slightly smaller one on the...ah... starboard. 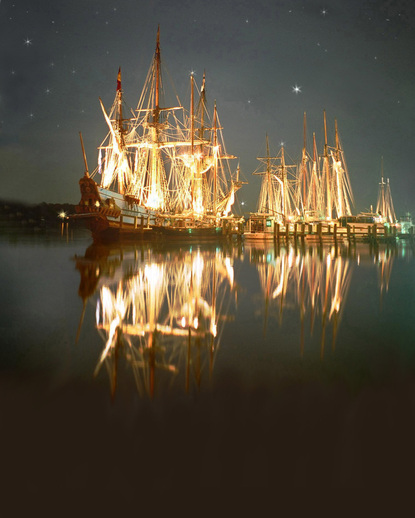 Where the entire waterfront on the Chester River becomes a forest of masts. Over the weekend, sail on the ships, launch a kayak, or shoot from shore. Deck tours and trick or treating on the "pirate ships" on Sunday. And the beauties of historical Chestertown, decorated for Halloween. Also great food, live music, and other fun.

Baltimore celebrates its history in the War of 1812, and the legends of the buccaneers who roamed the high seas of old. Sail on the ships out to Fort McHenry, or hang out ashore with great food, bands, historical re-enactors, kids' activities, and the grog garden.

Stuff to know and pack in your ditty bag before boarding a tall ship. 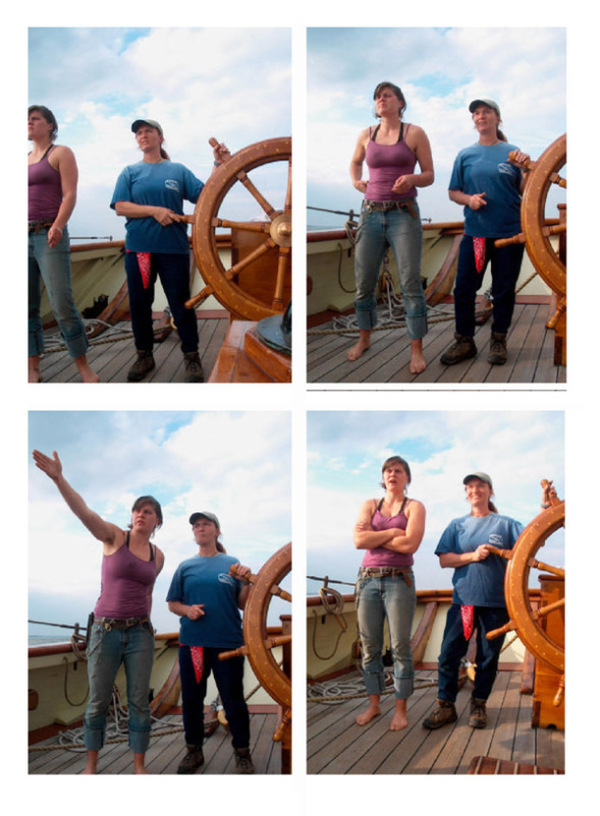 Me (blue) on a guest crew passage on the Pride of Baltimore II. They let you drive the ship... in the middle of the Bay where you can't possibly run into anything, and there is a real sailor standing by (Megan). My guide to Take The Helm Mr. Sulu had sailed on the Lady Washington among other ships... if that doesn't ring a watch bell, it's the ship Captain Jack and Will stea... uh.. commandeer (it's a nautical term) in the first Pirates of the Caribbean film.

Yes, I was taught to drive a pirate ship by someone who walked the same decks as Johnny Depp and Orlando Bloom.

Go have an adventure.