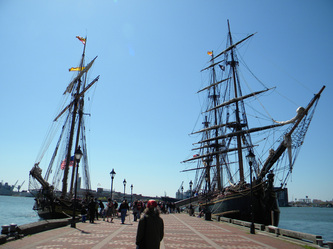 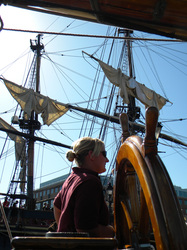 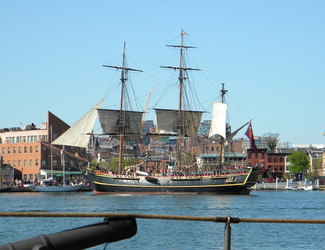 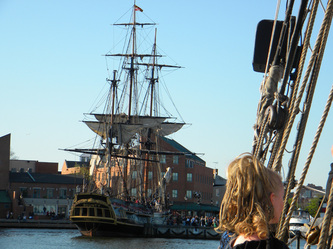 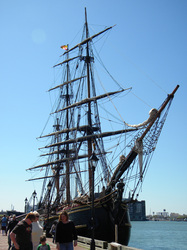 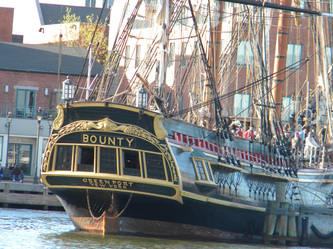 I had the honor to walk the decks of HMS Bounty this day, and took copious pictures and video. She was part of the "battle sail" at Inner Harbor, Pride of Baltimore II palyed the part of a privateer (of course) and Bounty was the British warship (of course), a smaller schooner or two also took part. I sailed on Pride with a boatload of pirates, and later toured Bounty, star of film and a world traveller. The pics don't do her real justice. She was constructed with more headroom than you would have found on the original vessel: they needed room to fit those big clunky cameras of the time in there.

While I was riding out Hurricane Sandy in relative safety ashore (so far, not even a power outage), I learned that Bounty, despite the courage of her professional crew, had succumbed to that bane of all sailing vessels: the storm. Here's a bit of her history:

"When the 1935 film Mutiny on the Bounty was made, sailing vessels were still in wide use: existing vessels were adapted to play
Bounty and Pandora. For the 1962 film, a new vessel was constructed in Nova Scotia, the Bounty. For much of 1962 to 2012, she was
owned by not for profit organisations whose primary aim was to sail her and other square rigged sailing ships, and she sailed the world to appear at harbours for inspections, and take paying passengers, to recoup running costs. For long voyages, it took on volunteer crew, those volunteers are adventure seekers who treat the trip as a holiday. On 29 October 2012, sixteen members of the Bounty abandoned ship off the coast of North Carolina after getting caught in the high seas brought on by Hurricane Sandy.The ship sank, according to Coast Guard Air Station Elizabeth City, at 12:45 UTC Monday October 29th 2012, and two crew members, including Capt. Robin Walbridge, were reported as missing.  It was later reported that the Coast Guard had recovered one of the missing crew members, who was responsive; that recovered crewmember later passed away. The Coast Guard also reported that the HMS Bounty had sunk, although its mast was
still visible above the water. She will slowly sink as air leaks out of her wooden construction." (from wikipedia, Oct 30, 2012) 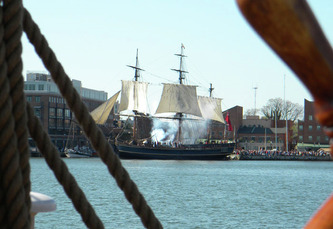 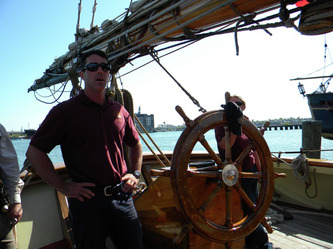 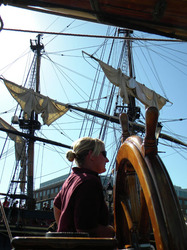 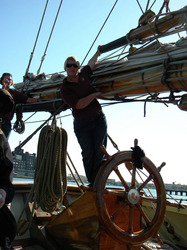 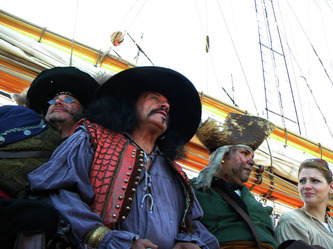 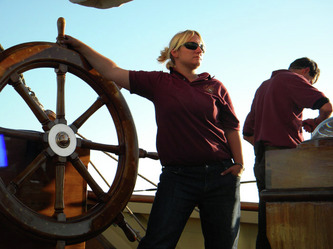 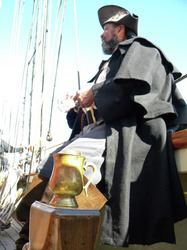 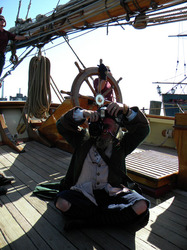 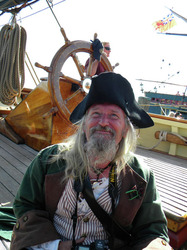 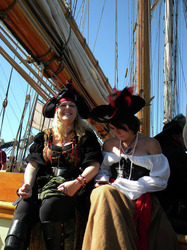 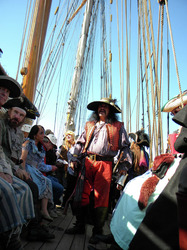 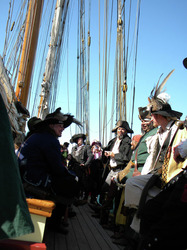 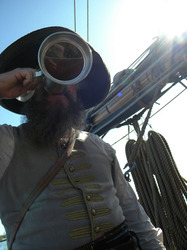 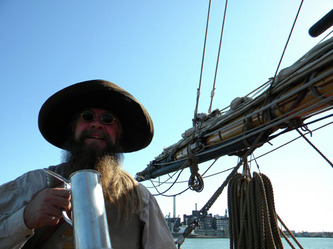 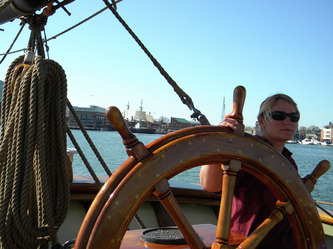 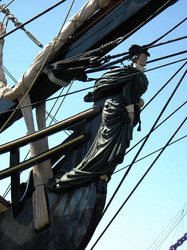 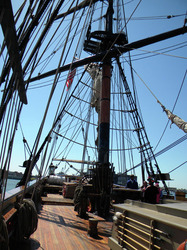 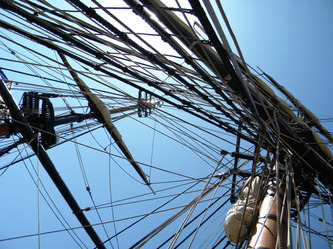 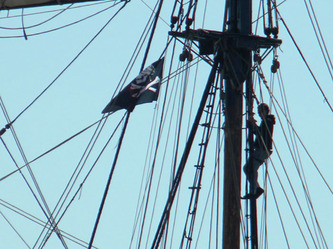 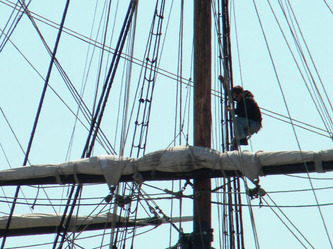 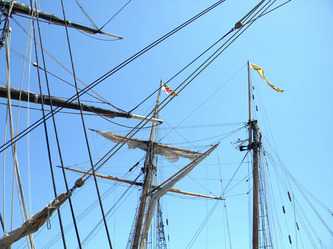