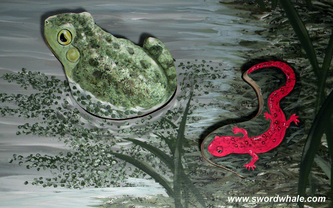 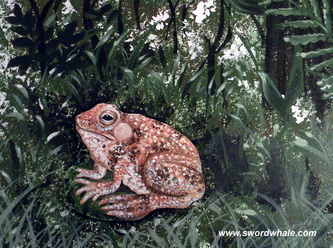 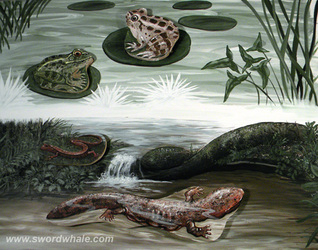 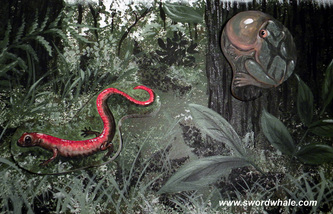 The Salamander (and other amphibians) Room: Nixon Park

Various displays to engage kids in the hidden world of amphibians. The Hellbender Salamander illustration shows the parts of an amphibian, while hopefully making the awesome hellbender appealing (with its muddy camo coloring and its tiny eyes and its wrinkled skin, and its habit of lurking hidden in streams...not to mention biting if handled, it gained an unatractive name. It is the local incarnation of a family of giant salamanders, including some in Asia which are five or six feet long!). "Sal" the Spotted Salamander, points the way into the salamander burrow, where small cartoons of Sal punctuate bits of info on salamanders' hidden underground lives. A mural on the front of the display case is interactive: four wetland environments (pond, marsh, river-stream, forest) contain cutout amphibians, kids match the correct amphibian to the correct environment. The large wetland (with the ducks) mural above the display case was done by another artist some time ago. It created an interesting problem: I had to choose colors for my pieces that would work with the colors in that mural, and in the diorama in the case.