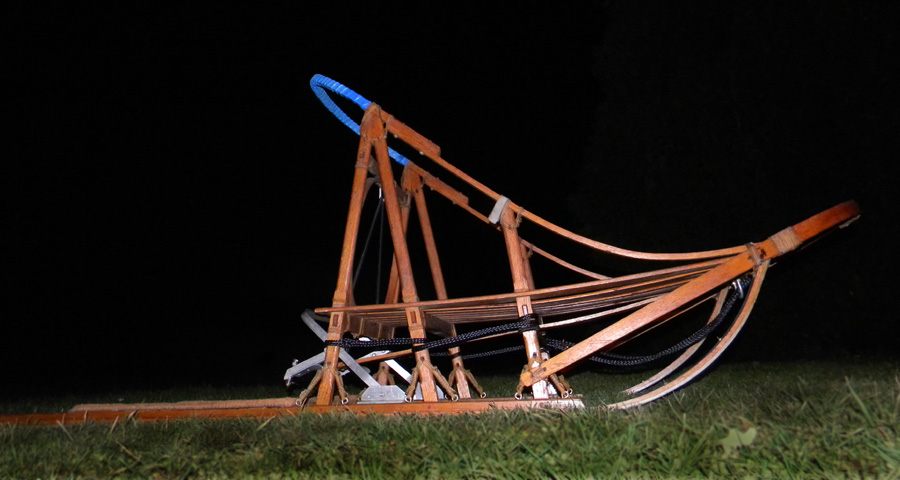 Sailing ships and dogsleds have much in common: a Force of Nature (wind, dogs) harnessed... lines and rigging... a wooden hull moving over water (or frozen water). Like a fine schooner, a wooden dogsled is as much art as practical craft; shaped by natural forces, form is beautiful because of its function. This is "Makenuk's Other Fin" (you may remember my kayak is named Makenuk's Fin for the legend of the orcafolk who take off their fins to walk on land in human form... and that orca and wolf...or husky... are the same spirit wearing different shapes for land and sea. The sweeping shapes of bent wood remind me of the curves of running rigging on tall ships, and the forms of blown snowdrifts.

Old fashioned freighting sleds would have been heavier, larger. Iditarod and other racing sleds are made of space-age materials. In the film "Fast Runner" we see a traditional Inuit hunter slicking his runners with ice. This is a good all around classic wooden sled, lashed together (for flexibility. The black rope running through the lower part of the sled is the "bridle"; the gangline and dogs are attached to that, pulling on the sturdiest parts of the sled... the silver bit at the back is the claw brake. Many mushers also use a drag brake made from a piece of snowmobile tread (it can be thrown down between the runners and stood on to slow the dogs). 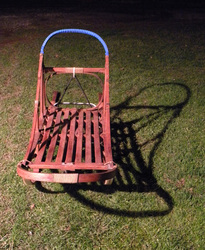 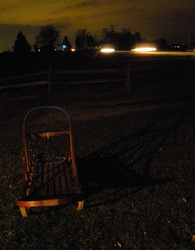 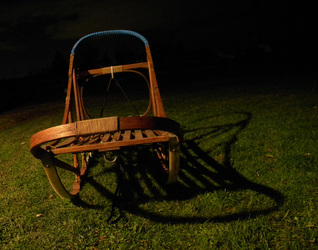 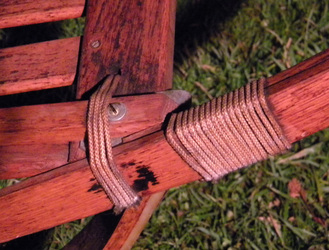 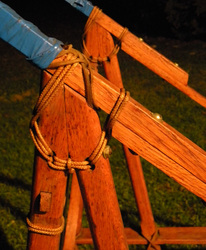 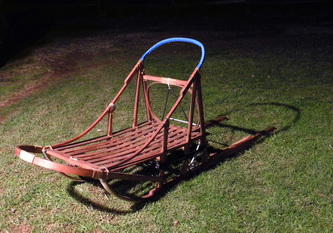 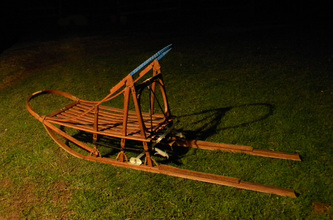 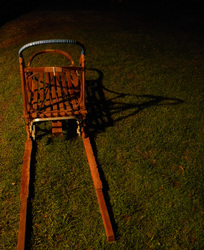 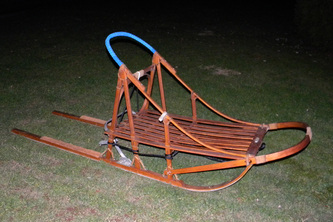