Even the smallest person can change the course of the future...
(J.R.R. Tolkien) 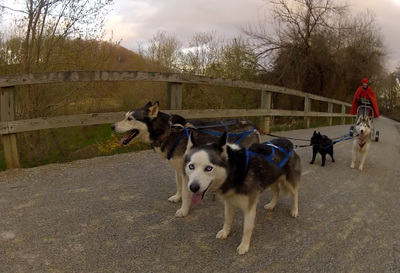 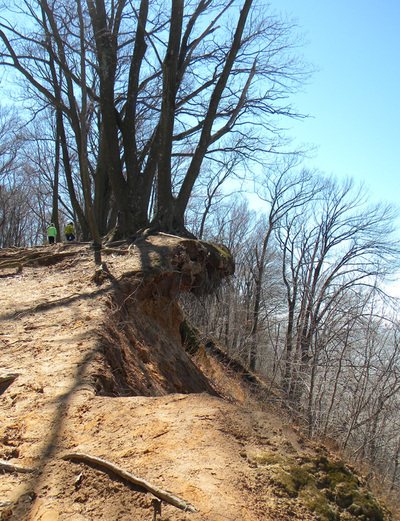 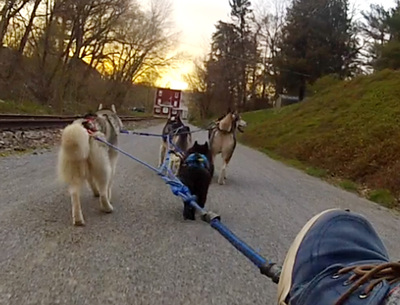 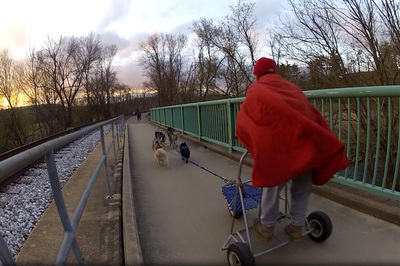 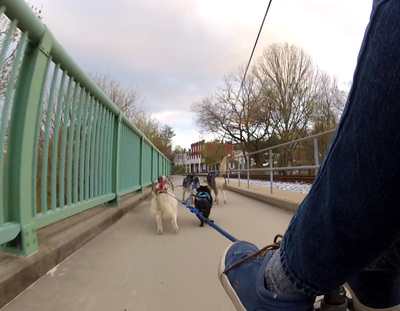 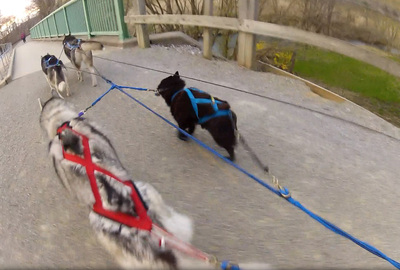 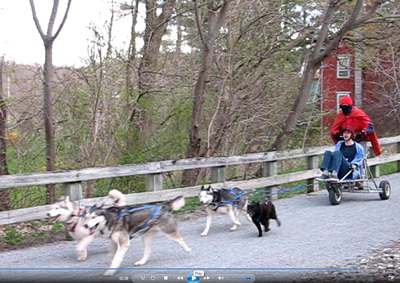 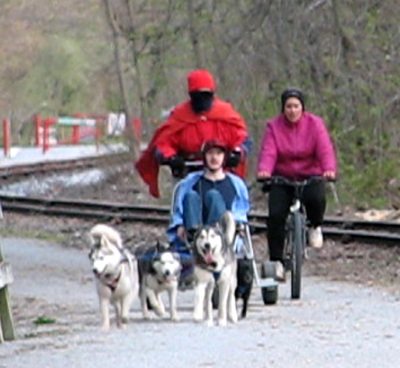 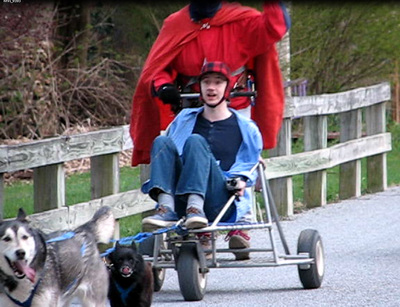 The bigger the better.

I've been blessed with a number of Siberian huskies wandering randomly into my life, but given a choice, I might pick a Malamute or two. I love Irish Wolfhounds. Big slobbery Newfoundlands.

And then there was Max.

He'd wandered through a few homes before he landed in mine. His original breeder decided Max was not quite Schipperke Breed Standard, so he went on as "pet quality". He was a fine looking broad chested long legged dog, like a whole team of screaming Siberians stuffed into a sixteen pound sack and painted black. Schipps don't look like little dogs, they look like a big dog someone shrank. Their noses are not squashed, their eyes do not bug out, they look like a miniature northern dog. Some claim they are descended from herding breeds (the other Belgian Shepherds) but they have curly tails, if they have them, not the straight tails of shepherds, and they have all the attitude of spitz and other northern types.

Max decided he could poop and pee wherever.

By the time a friend gave him to me, not even pee panties worked. So he went to live with the Big Dogs, in the kennel, a nice shady small barn my dad had built decades ago, with a secure kennel attached, a big dogyard that Max roamed in, buddies (he shared a kennel with Denali for awhile... her opinion of him was more or less, "what IS that thing?!?"), and a couple of jobs.

One was to be ridiculously cute. Schips are like that: little black foxes, wicked little Tricksters, a whole sled team in a sixteen pound package.

The first time I took him for a walk, he was so enthusiastic it was clear he was meant to be a sled dog.

He was eleven, or so we thought, with zero training in the sled dog category. I hooked him up on the gangline with the three Siberians and off we went. My dogs are not racing dogs, they are trail dogs, and we trotted, and Max (after doing the Schipperke Spin and a lot of Maxrame) learned to trot along with everyone else, his tiny legs a blur, his mouth hanging open in a great trail eating grin. If he slowed or tired, I stuck him in the back pack on the rig or sled, and he rode along.

In the summer, dogs hang out in the dogyard, splash in their pools, hunt for mice, do a little doggie dancing. Max learned some moves, especially a wicked fast spin.

Schipperkes are boat dogs, they were kept on barges in Belgium, to help control rodentia, and to bark when strangers came around. While the Siberians just kind of ignored or grinned at any new people who showed up, Max would, in true Schipperke fashion, bark his head off.

As for the boat dog thing...

I bought him a tiny little PFD, stuck him in front of me on the sit-on kayak I borrowed from a friend, floaty rope attached to his PFD.

He appeared nervous, uncertain (he'll get used to it), scuttled around, scrabbled forward out of reach...

I backpaddled to a halt, hauled him up by his rope, heaved him back aboard, and paddled on.

He would bail at the oddest times, usually just when you thought he'd got it down and was standing majestically on the bow...

He couldn't figure out doggie pools either, no matter how shallow they were. If I took him swimming in a lake, I'd lower him, PFD clad, toward the water, and the feet would begin a doggie-paddle blur two feet above the water.

Max is the only dog I've seen who would lunge. Lungeing is how you train a thousand pound horse, because you can't run that fast, you circle them on a long line, teaching them commands. I couldn't run as fast as Max either, and discovered he would zoom around me on a long line for ten or fifteen minutes. I also discovered I couldn't run as fast as him the one day he slipped past me in the kennel, out the gate and across the Road of Death. I hobbled and speed walked after him, certain I was going to find black road pizza. He made it across, and began sniffing around the neighbors' yards, ignoring my pleas and promises of treats. i finally did a sort of crappy flying tackle and nabbed him , stuffed him under my arm and marched him back.

I'd always double check the kennel before I opened the airlock after that... is that little set of black triangle ears in there, or out here in the airlock?

In the depths of winter I brought him inside. The barn was well protected, Schipperkes have dense northern dog/spitz type coats, but he was tiny and not young.

He did not really like the crate thing. He pooped here, peed there, and generally made a mess.

Back out on the trail he ran with the big dogs. Floundered through snow over his head in the dogyard with all the buttkicking energy of any spitz.

My friends' kid had to do a video for science class. He created a nifty toungue-in-cheek superhero spoof in which his character, Pie man, engages in a chase scene with the villain (also played by himself). While the villain uses a number of odd conveyances, Pie Man hits the trail in a dog rig.

Max was part of the three and a quarter dog team.

It made for some hilarious video, three doughty Siberians and...


Schipps and Sibes don't give up easily. Max still leaped and spun whenever we headed out to the dogyard. His spins were beginning to be accompanied by a few spin and flumps. He'd pop back up as if nothing had happened and go out in the yard, running and sniffing and being a dog.

Then I found him standing in a corner of the yard, staring into the west.

Another friend observed that he seemed like he wasn't all there, as if part of him was already in another place.

And one day something was clearly wrong. No pain, no distress, just... wrong.

He knew it was time to pass into the west, and he did.

He left a much bigger hole in our hearts than you'd expect from a sixteen pound dynamo. 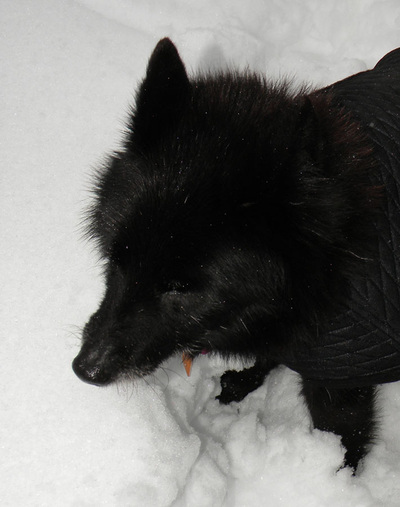 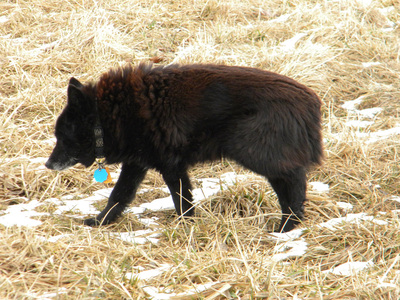 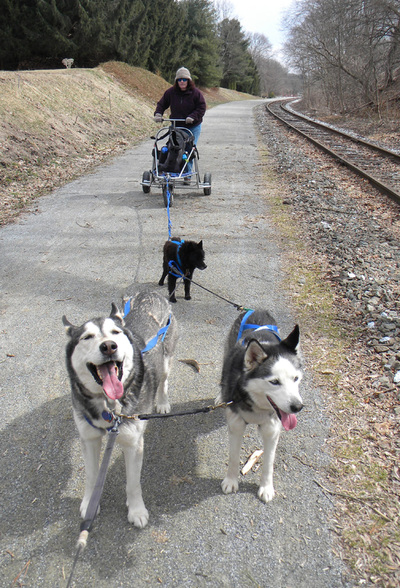 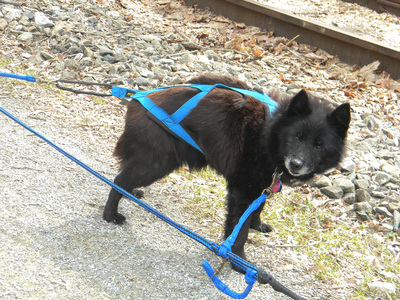 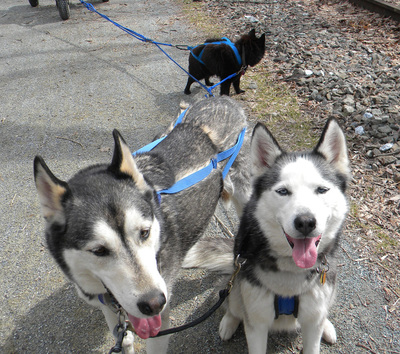 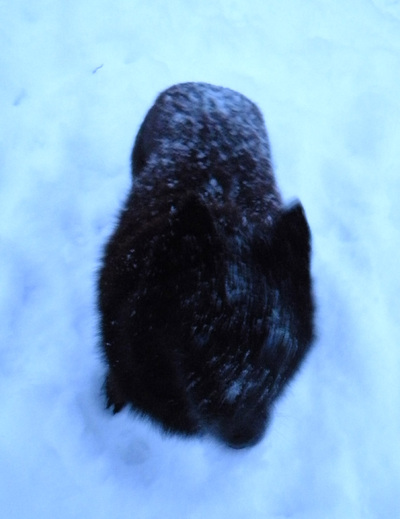