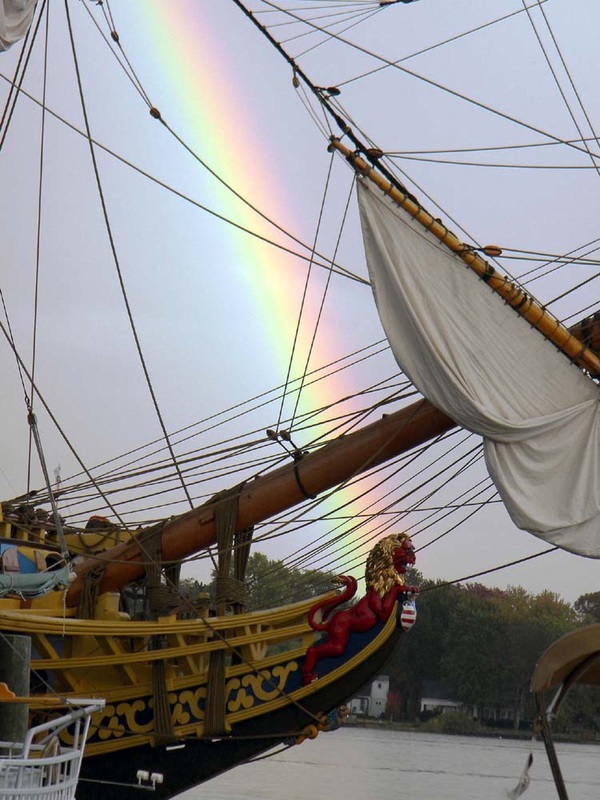 One of my favorite tall ships of the east coast is this one, a big blue wedding cake of a ship covered in carvings, with a roaring lion at her bow, cannons and crows' nests and the whole nine yards.

Literally. She is a square rigged ship, not a schooner, like many of the other historical reproductions.

Most people of the early 1600s did not paint their ships blue: blue water, blue ship, sea gods offended, glug glug... straight to the bottom.

The Dutch were different.

Yeah, but you can climb aboard, haul a halyard and shout ARRRRRRR on one of her pirate sails or other public events. 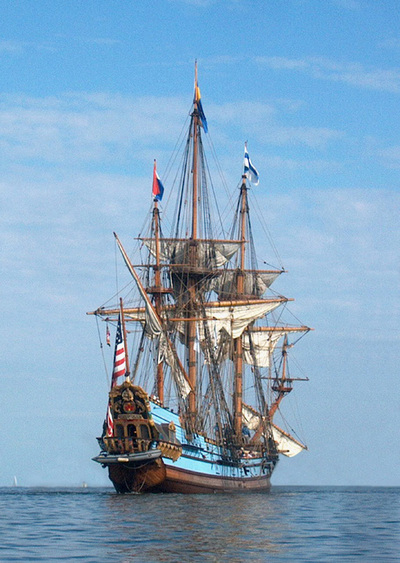 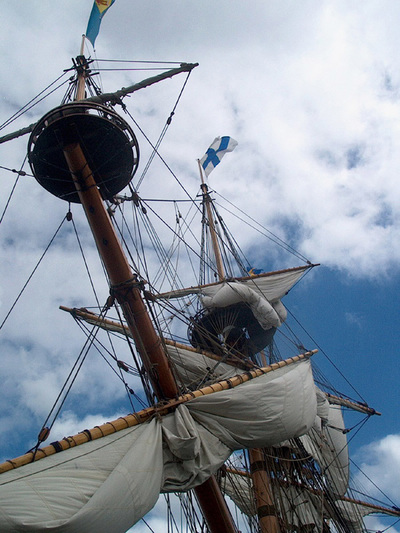 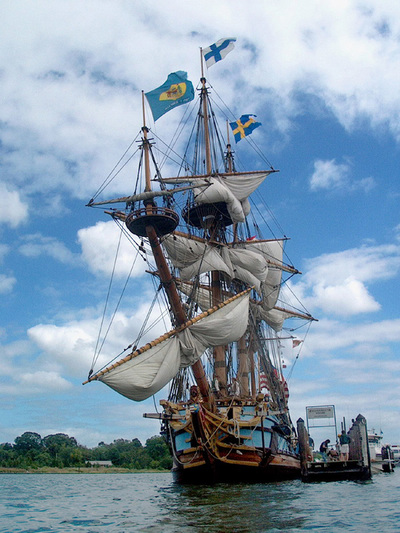 Oh yeah, and this:

At 1:51 EST, August 23 2011, on the east coast of the US, a 5.8 magnitude earthquake rattled the serene calm before the storm called Irene. It caused the evacuation of parts of the Capital, cracked the Washington Monument, and caused some folks to begin preparing for plagues of locusts and frogs. From its epicenter near Mineral VA, it was felt in 20 states and as far away as Toronto.

...because I was on a pirate ship.

my video of the earthquake pirate sail here:  https://www.youtube.com/watch?v=2Kv43UBc-jY 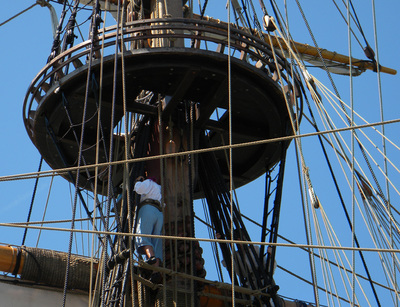 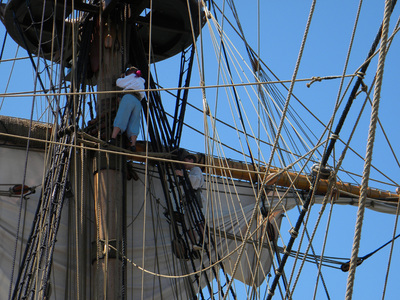 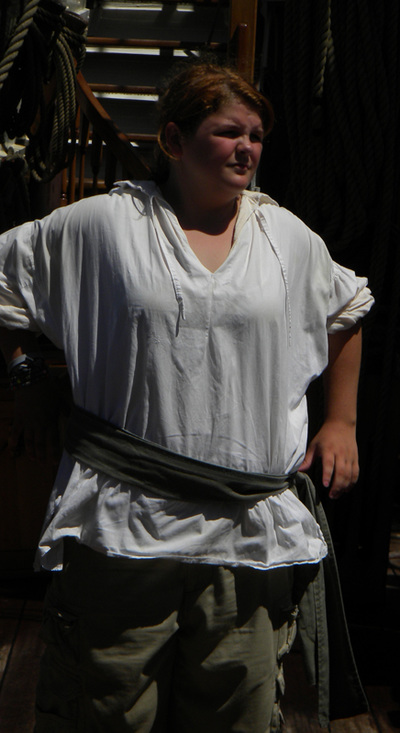 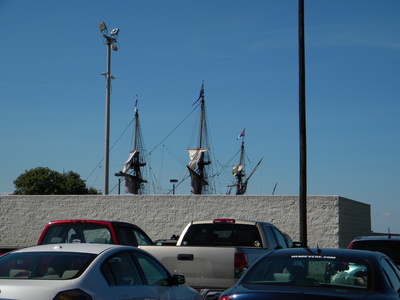 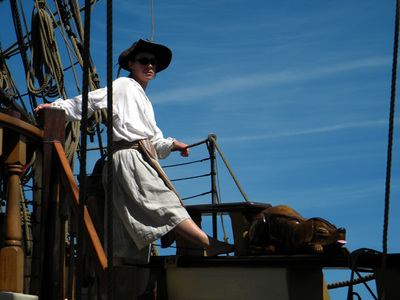 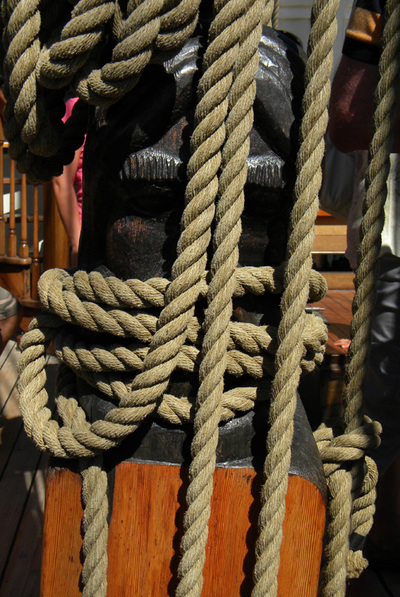 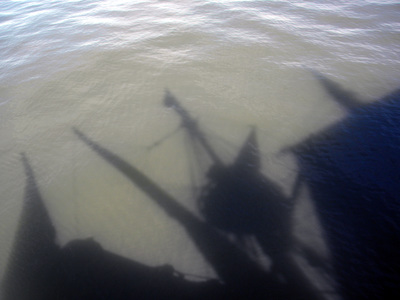 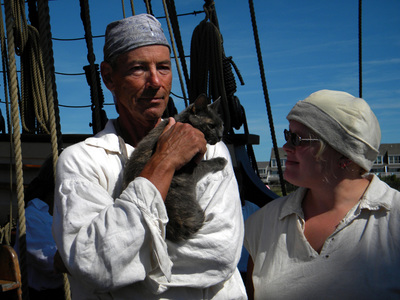 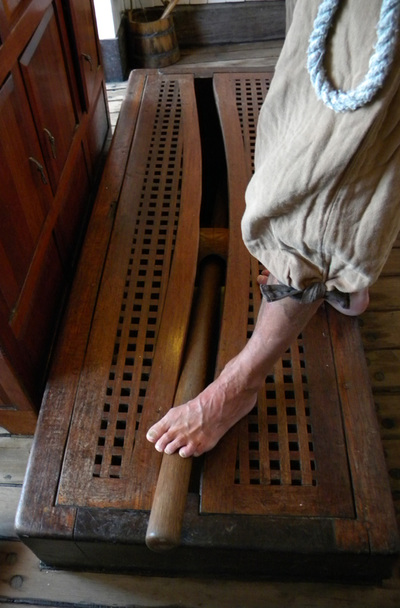 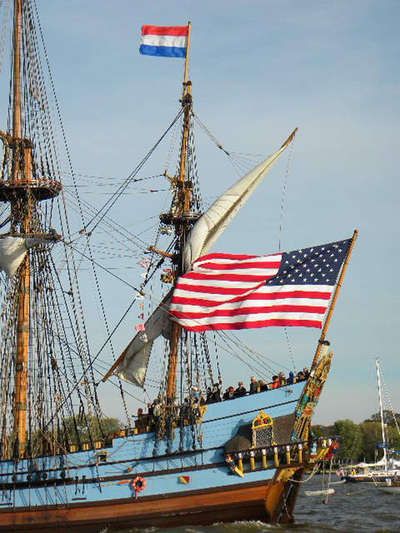 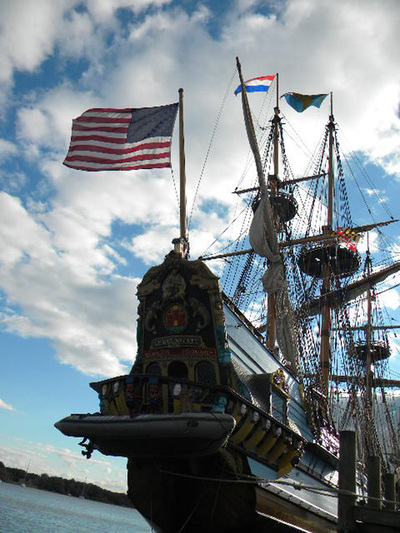 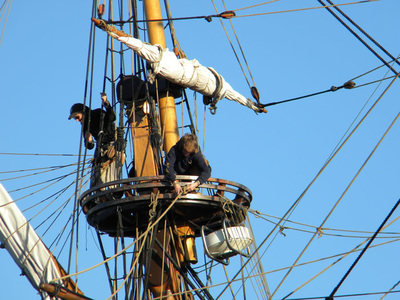 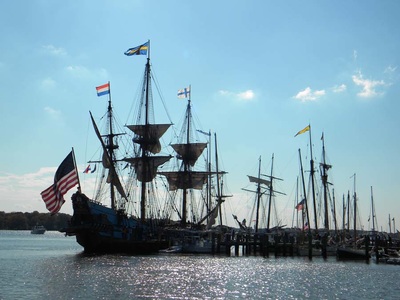 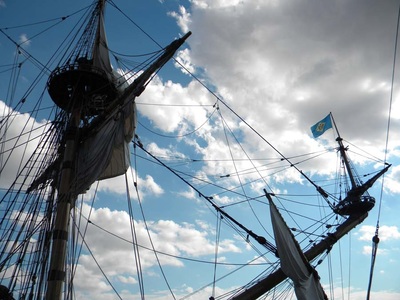 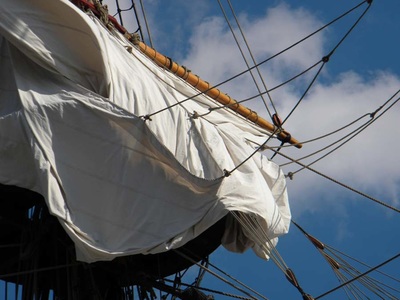 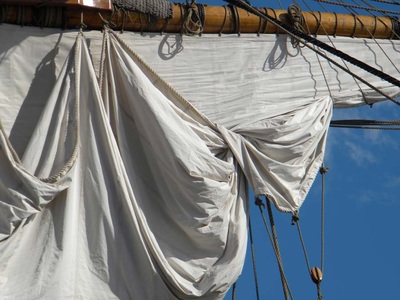 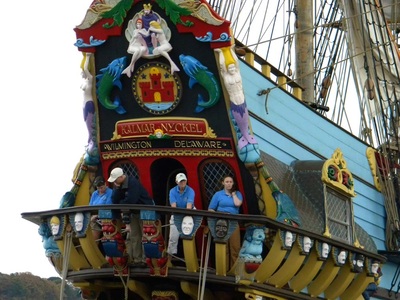 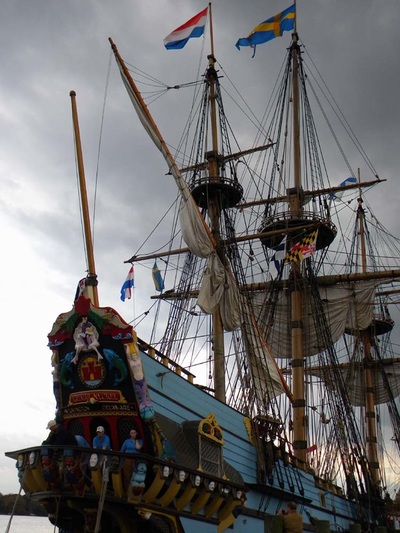 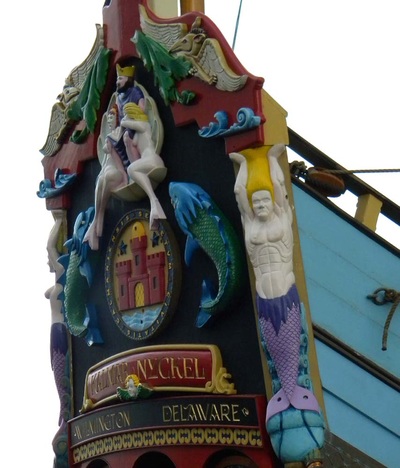 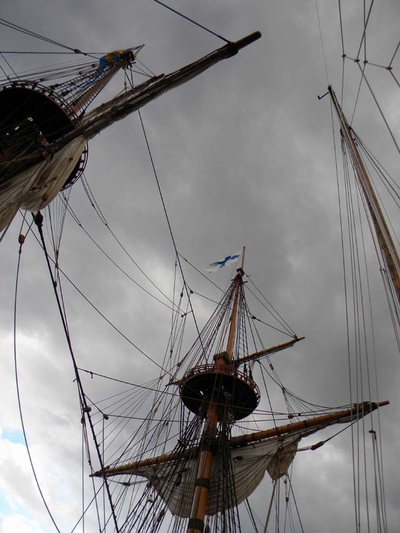